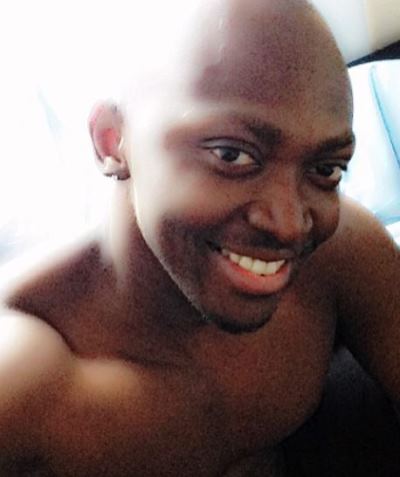 Vast of Bracket opened up to Vanguardngr.com about his battle with Lymphoma, (a type of cancer of the blood) and how he survived. Read the interview below..

How did it happen?
I don’t know what to say, but first of all, I want to give thanks to God. I was very sick. Before I went to the hospital, I attended a couple of shows. I wondered how I was able to perform at the shows because I was seriously ill.

My partner Obumneme Ali a.k.a Smash and I, had series of shows and in a situation where payment  has been made, I had no option than to grace the stage. We decided to round off our shows late last year in order to enable me take care of my health in 2013. But unfortunately, up till January this year, we were still going for concerts. We  even had to travel to Australia to stage a concert.

Then, I was visiting one of the hospitals in Lagos, and that was where I was diagnosed. They carried out all the medical examinations, and when the results came out, the Haematologist advised me to seek for further treatment  abroad.
If you have travelled to America or any Schengen country within two years, you can apply for a Priority Visa and we were qualified to do so. We applied and within four days, the visa came out. We met a friend in the UK who introduced us to his brother who is a Medical Doctor. He assisted us and we met a Haematologist who advised that I should re-run all the tests again.
The only thing we didn’t do was the surgery which I did back home before I was diagnosed of suffering from blood cancer. After everything, they started with the treatment they called “Bone Marrow”. It wasn’t an easy one, it was very difficult. I thought I would loose all the blood in my body but thank God I survived it. After a week, I started having complications, I had to return to the hospital to have blood transfusion after which I felt better. We spent a lot of money. At a point, I was hopeless and was only praying to God for His mercies.
After the second chemotherapy, I started exercising because the doctor advised  me to do regular exercise. However, it was after the third chemotherapy that the pictures I took while in the hospital leaked. By then, I was already bouncing back to life because I passed through the valley of the shadow of death. After the fourth chemotherapy, we shot a video, “Temperature” in London .
I didn’t even know I could do that. I initially thought the cycle would be six but before the fifth chemotherapy, the doctor informed us that it was going to be eight. I got confused at that point and even doubted what they were doing. I thought they just wanted to milk me because it was expensive. My manager, partner and Chief Executive Officer however encouraged me to complete the treatment.
I was only going to the hospital, then to the gymnasium and back to the house. After the seventh chemo, I was told to do a Lumber Punch- they would have to inject my spine. It was done after the fifth chemo and it was very painful. I thought I would be paralysed. I was told the Lumber Punch was necessary to prevent the disease from getting to the brain. At that point, our account was almost in the red.
Luckily, a friend known as Ugonna came to London during my third chemo and was moved when he heard that we had accommodation problem. He later gave us some money to look for one. Ugonna was the only person that assisted me financially apart from the prayers and encouragement of my fans and the media. I did the Lumber Punch and lost a lot of blood.
Two days after, I went to get another chemo. When one undergoes chemo, it kills both the good and the bad cells and flushes out all the blood in your system. So, you have to be refreshing. Imagine losing so much blood after the Lumber Punch and after the chemo. I was almost a dead person. My colour overnight. I remembered what the doctor told me that cancer is not the problem but the treatment.
After a week and a half, I started exercising, taking juice and everything that would help build my blood again. I was finally cleared from the hospital and I thank God for His mercies. A lot of people came to our  house to rejoice with us when we  returned to the country during the week. I want to thank them. The likes of P-Square, Jimmy Jatt, Dammy Krane, KCee, Chidinma, Illbliss, JMartins and many others.
What kind of cancer did you have?
I had Lymphoma. It is a blood cancer. When I asked the doctor what caused the cancer of the blood, he said, nobody knows the cause for now. According to him, it’s like a situation where  a dark complexion couple making a baby and the baby turns out to be an albino and if you are asked to explain why, you cannot tell.

I must say that when I was hospitalized, my partner was doing a good job. He would call the producer and they would make a beat and send it to me. He even made the chorus. I picked one of the songs when I came back and hit the studio. We did one of the tracks, it was fantastic. We did another song and it was good as well, all within two days.

During the seven months of your ordeal, what kept you going?
What kept me going was God. Before I went for the treatment,  I saw myself dying slowly. We got the visa and contacted the Medical Doctor that attended to us. It was no doubt the handiwork of God. This doctor handles only cancer related cases.My family, my manager, partner and CEO were there for me. We travelled together. They made sure I was well taken care of, while my ordeal lasted.

Interestingly,  when the picture I took while in the hospital leaked, I was reading the outpour of love, prayers and soothing words from my fans. Some of them even said, they would die if I die. Then the press guys were there for me. They  were  keeping tabs of my progress and informing my fans duly.  All of these,  did a whole lot in keeping me going. That’s why I got the courage and I know that it has always been God, my family, the media and my fans.

What have you learnt from your experience?
I learnt that life is very precious. No matter what you do and wherever you are, don’t look down on anybody because you don’t know who will help you tomorrow. Another thing is that you don’t have to be scared of death. You have to face the challenge. Live a normal life. If you are scared of death, you will die. At a point, when I got very scared,  the sickness came in full force, but when I started picking courage, it subsided and I recovered.

See The Picture That Made Kanye West Love Kim Kardashian