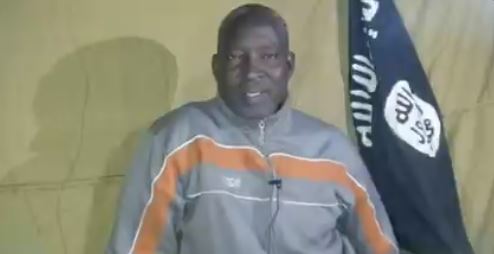 Lawan Andimi, chairman of the Christian Association of Nigeria (CAN) in Michika local government area of Adamawa state has been killed by Boko Haram fighters that abducted him.

The sect was said to have rejected  N50million ransom for the release of Rev. Andimi.

The CAN chairman was abducted by the insurgents early January when his village was attacked.

Barely few days after he was abducted by the insurgents, the cleric had in a video clip, urged the governor of the state, Ahmadu Finitri to facilitate his release.

“I have never been discouraged, because all conditions that one finds himself …is in the hand of God. God who made them to take care of me. So, the summary of my speech; I am appealing to my colleagues, reverends, particularly my president, Reverend Joel Billy who is a strong man, a man of compassion and man of love. He can do all his best to speak to our governor, Umaru Jibrilla (Fintiri) and other necessary agents for my release here,” he had said in the video.

The state CAN chairman, Bishop Dami Mamza, disclosed this while speaking with journalists in Yola on Tuesday, saying the captive had been beheaded after negotiation broke down.

Mamza said the insurgents had demanded for £200million, rejecting the N50million ransom offer outrightly. He said the cleric’s captors threatened to kill him on Saturday but did not carry out the execution until Monday.

“Negations were still ongoing when they stopped calling. They were offered N50 million but they rejected it”, Mamza said.

“They called his wife last week, informing her that they will be beheading him on Saturday, but somehow, they waited till Monday.