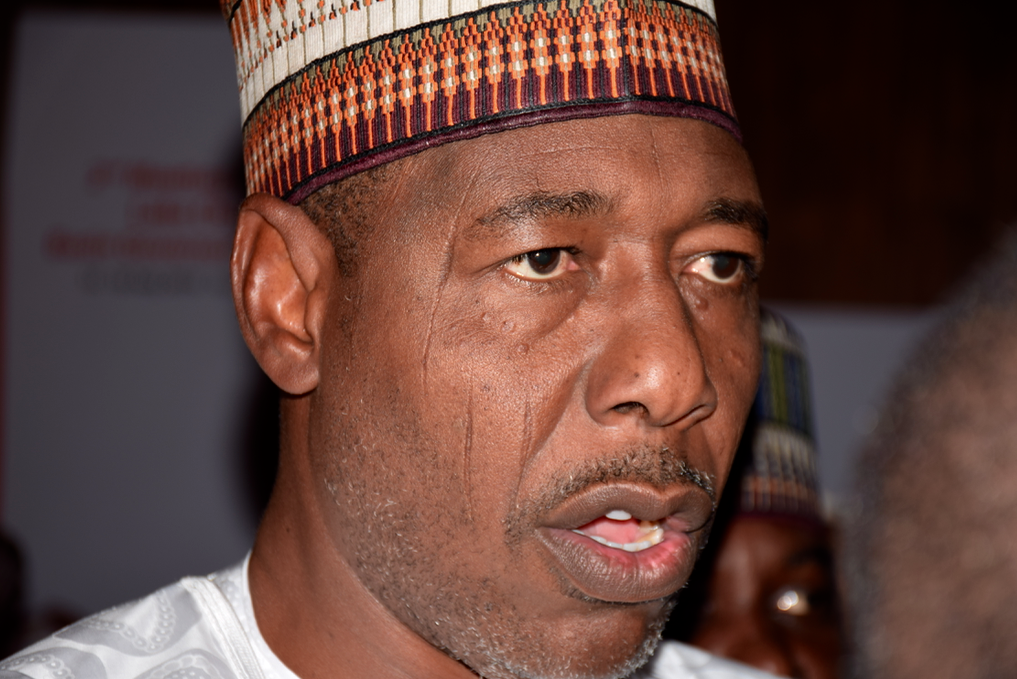 The Nigerian army has reacted to the accusations by Babagana Zulum, governor of Borno state, that soldiers extort commuters on Damaturu-Maiduguri road while Boko Haram is on rampage in the state.

According to the army, such accusations could have a negative impact on the success recorded by the troops fighting Boko Haram insurgency in the north-east.

Aminu Iliyasu, army operations media coordinator, in a statement said the army would investigate the govenror’s allegations, but blamed the governor over the outburst.

He said, “In the said publication, His Excellency, the Executive Governor of Borno State, Prof Babagana Umara Zulum was alleged to have accused soldiers of Operation LAFIYA DOLE deployed along Maiduguri – Damaturu Road of extorting commuters and causing them unnecessary hardship. ”

“The Nigerian Army as a professional and disciplined institution views such allegations seriously, particularly coming from a State Executive. It is on record that, whenever such allegations of troops’ misconduct were made in the past, the Nigerian Army never reneged in conducting thorough investigations to establish them and where any infractions were established against any personnel, appropriate sanctions were applied in line with extant rules and regulations as provided for in the Armed Forces Act CAP A20 Laws of the Federation of Nigeria.

“Thus, the Nigerian Army wishes to assure the good people of Borno State and indeed the nation at large that any allegations of misconduct by Nigerian  Army troops will be duly investigated and culprits will be dealt with accordingly.

“However, it is important to unequivocally observe that public outburst particularly by eminent personalities such as a State Executive could be counterproductive and indeed capable of reversing the gains recorded so far in the ongoing fight against insurgents and other criminal elements across the nation.”

However, Isa Gusau, the governor’s spokesperson, in a statement issued after the governor visited the army headquarters, said: “Yesterday’s encounter does not and will not change the very high regard the Governor has for all the security personnel operating in Borno, particularly soldiers who give up their lives and safety in finding peace for Borno.”