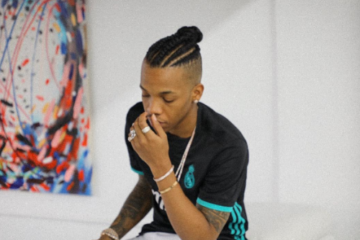 Popular Nigerian Artiste and music producer, Tekno has received a piece of advice from a concerned fan.

This followed after he shared a photo of himself which the fan commented on.

The photo which he shared showed the singer looking happy and smiling; however, the fan pointed out that he needs to see a doctor as Tekno looked sick, according to him.

In reply to this, the singer insulted him saying that it’s the man’s father that needs medical attention, not he himself.

Following that, the man went further to insist that he was joking as he was only showing concern for the singer. Between Tekno and fan who advised him