Popular Nigerian entertainer, Tunde Ednut has responded via social media to a lady’s claims of raping, impregnating and abandoning her. The Instagram blogger Tunde Ednut shared multiple posts to counter the allegations levied against him by the lady, Olamide.

Olamide revealed she met the entertainer at a party, stating that she was a huge fan so she took photos with him and they ended up having sex after the party.

The accuser, however, claimed that it was more like rape because she didn’t consent initially but he kept cajoling her to accept.

Ednut allegedly promised to connect her with the right people since she wants to be an actress, adding that after their encounter, he called her two more times then stopped.

Right now, she claimed she is pregnant from that encounter, insisting she is not looking for attention with the caption: 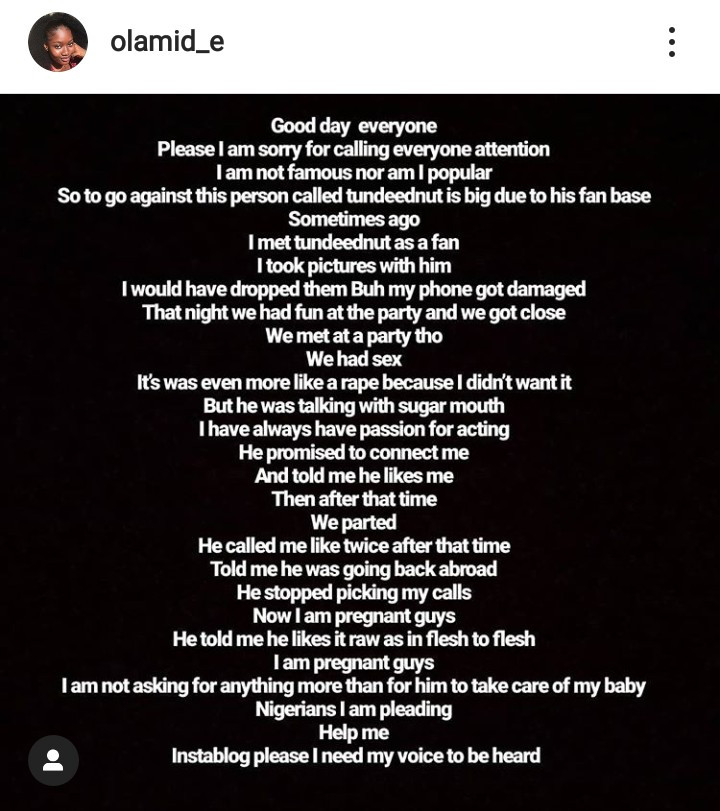 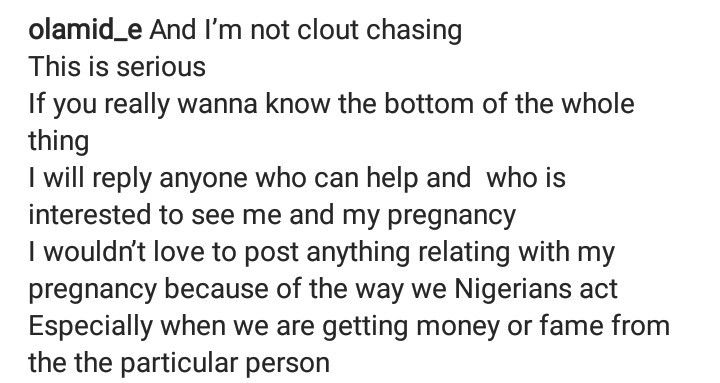 “Please let my voice be heard. He doesn’t want to take responsibility.” 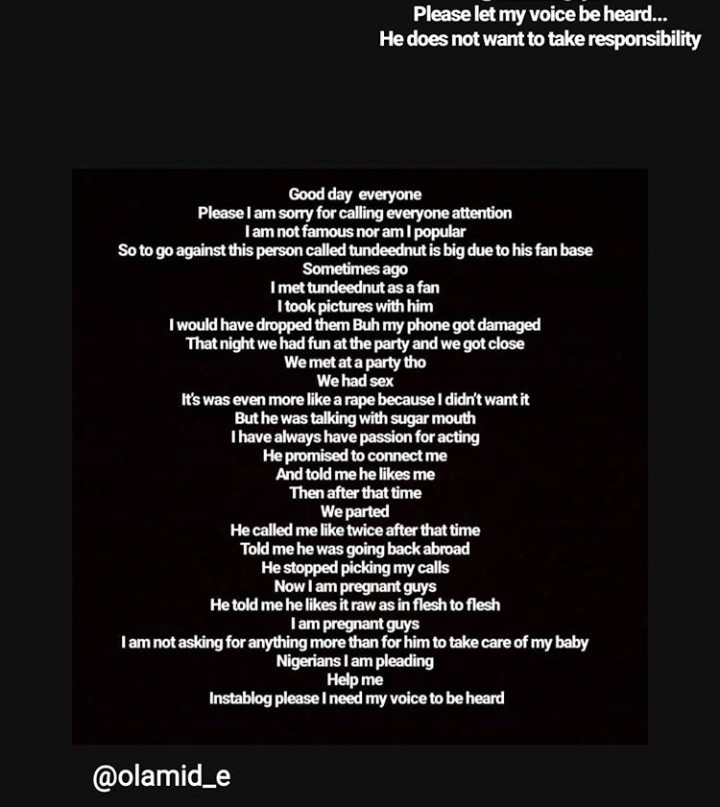 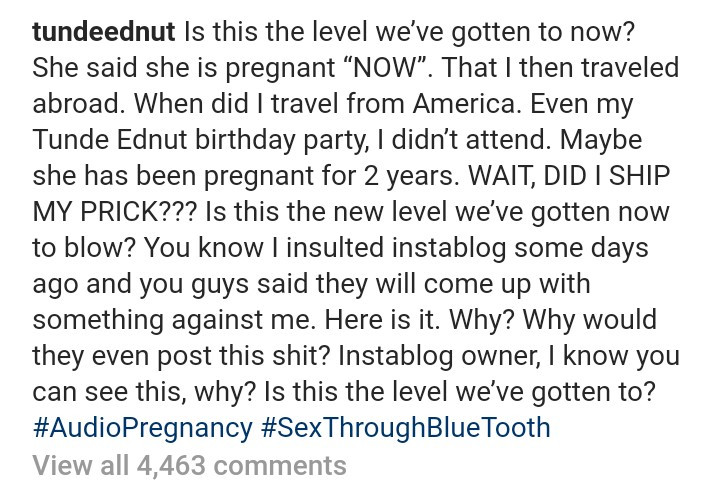 While in another, the close pal of singer, Davido wrote:

“#TundeEdnut The guy that leaves a girl pregnant for years without delivery. Don’t call me a blogger….” 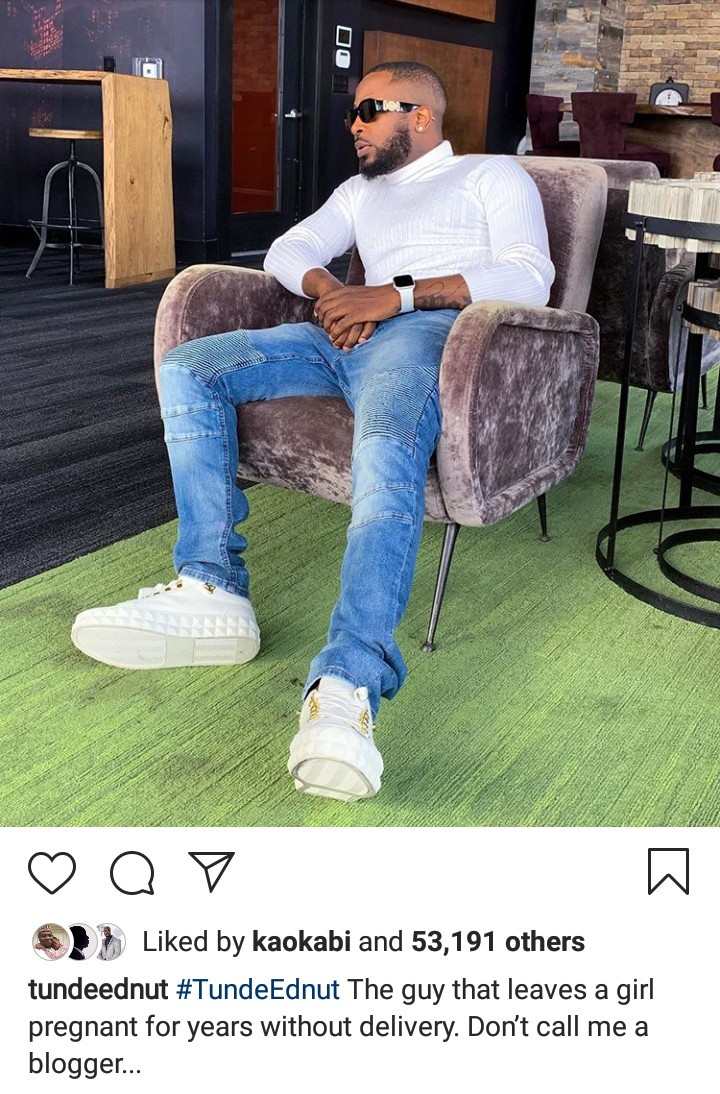 “#TundeEdnut The Only guy with a detachable BIG BLACK DICK. The only guy that can get you pregnant through BLUETOOTH from another country!!! Be careful. DONT CALL ME A BLOGGER…” 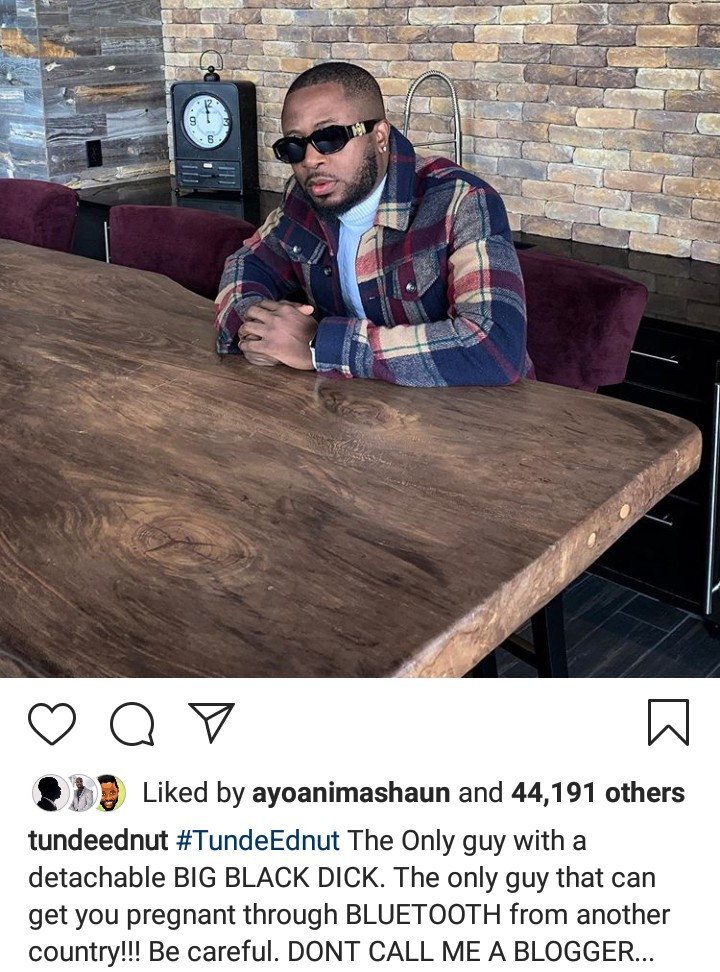