The viral video of a strange lady who called in a Live TV show to accuse music entertainer, Reekado Banks of having sex with her and dumping her has set social media agog. 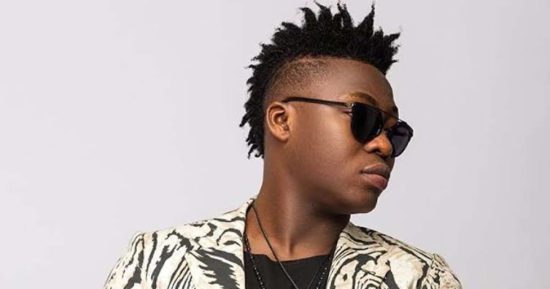 Nigerians on Twitter has made hilarious memes out of it.

Reekado Banks has however dropped a statement via his Twitter page saying it was a prank.

Lmao 😂😂 so someone cannuh even go live again. Before one guy will call and be like "Malik, you bought Gala at Oshodi and you didn't pay me that day. 🙆🏻‍♂️🙆🏻‍♂️

This clout chasing on reekado banks came with levels. Local man cannot can 😂😂

Ha! that girl did Reekado Banks dirty 😩😩😩.
Uncle must have really promised her heaven and earth before she finally let him taste the cookie, cause she sounded soo pained

That Gbas Gbos Moment When A Girl Called In To Say Reekado Banks Had S*x With Her And Didn't Call Her Again… 🤣🤣🤣🤣🤣… This Girl Is Savage.#TuesdayThoughts #ReekadoBanks pic.twitter.com/pJaA4ZGnZz

Girl: is Reekado Banks there

Girl: Ok i want to talk to Reekado Banks

Girl: So Reekado Banks you had sex with me and didn’t bother to call me

When the presenter said “He is all urs” Ashe PUN was INTENDED 💀💀💀💀 Reekado Banks 🥳 https://t.co/m3SYXYK7HQ

Related Topics:Reekado Banks
Up Next