A video recently surfaced online showing a new mother expressing her disappointment on her baby‘s facial appearance, stressing that he is ugly. 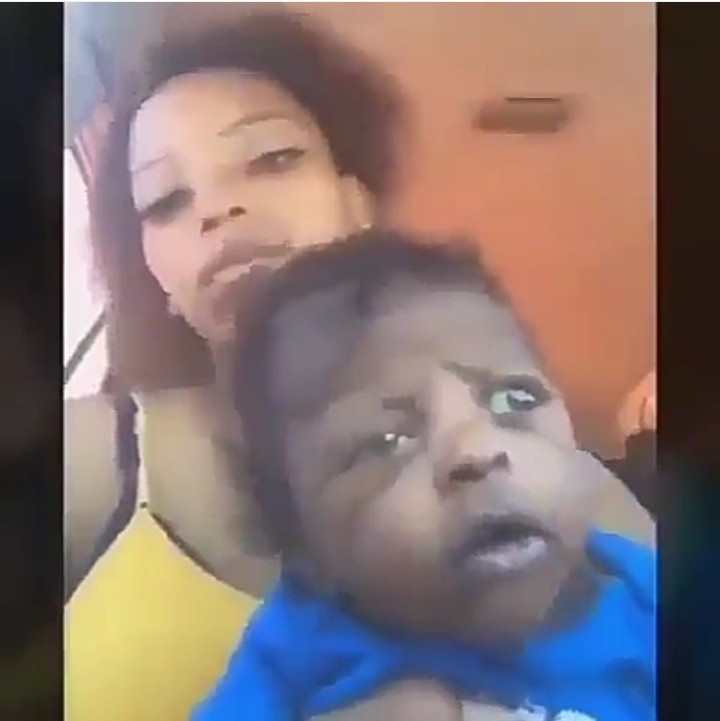 The woman and her son

Turning her child around for viewers to see him properly, the woman identified as Quayla Ann said:

“Our biggest fear was having an ugly baby. Now, look. Look what the f*** I got. Look at him. He is so funny looking.”

The new mom went on to rant about the bald patches of hair on her son’s head saying:

” I never wanted to have no ugly baby. I just knew there was gonna be a 50 50 chance that one of these kids was gonna come out ugly, because of him (her man).”

The video, however, has earned diverse reactions from viewers, some of whom are pretty shocked that a mother would say that about her child.

Shiites, Police Clash Could Have Been Averted If Buratai Was Mature – Reno Omokri

Shehu Sani Reacts To Rumours That Leah Sharibu Has Been Killed