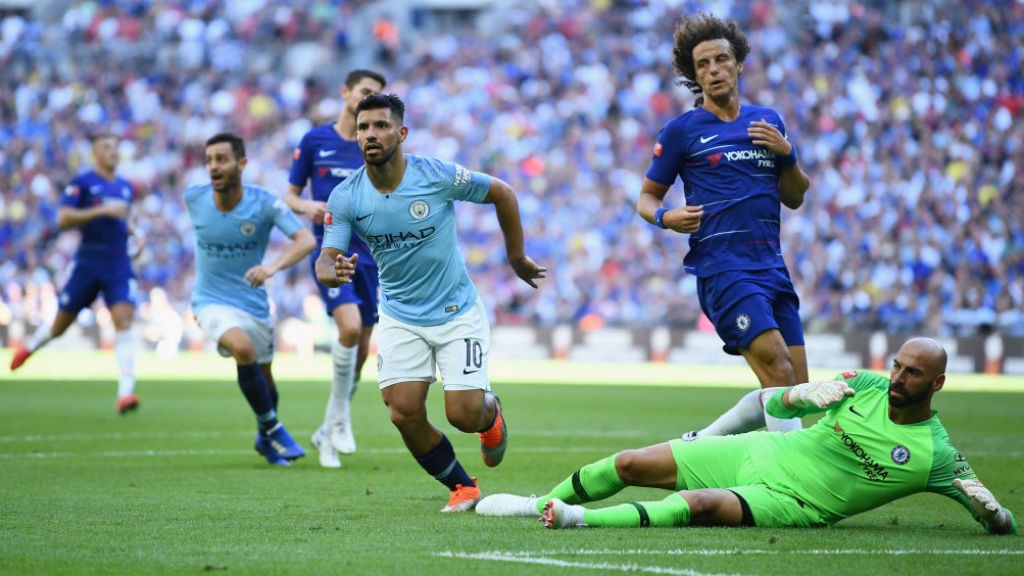 The defending champions who are yet to lose a single match in the domestic league campaign this term sit at the summit of the league table after playing 15 matches which comprises of 1 draw and 14  wins.

Chelsea manager, Maurizio Sarri, had while addressing journalists ahead of the clash hailed Manchester City coach, Pep Guardiola, labelling his team as the best in Europe.

However, Guardiola, debunked the ‘best in Europe’ tag while also addressing his own press conference, going on to add that his team need to conquer Europe before being labeled as the best.

PEP: Thank you (Sarri) but we are not the best. We have to win the titles and we didn’t win the title to be best team in Europe. The job he is doing is excellent. People don’t know how hard it is to create a style.