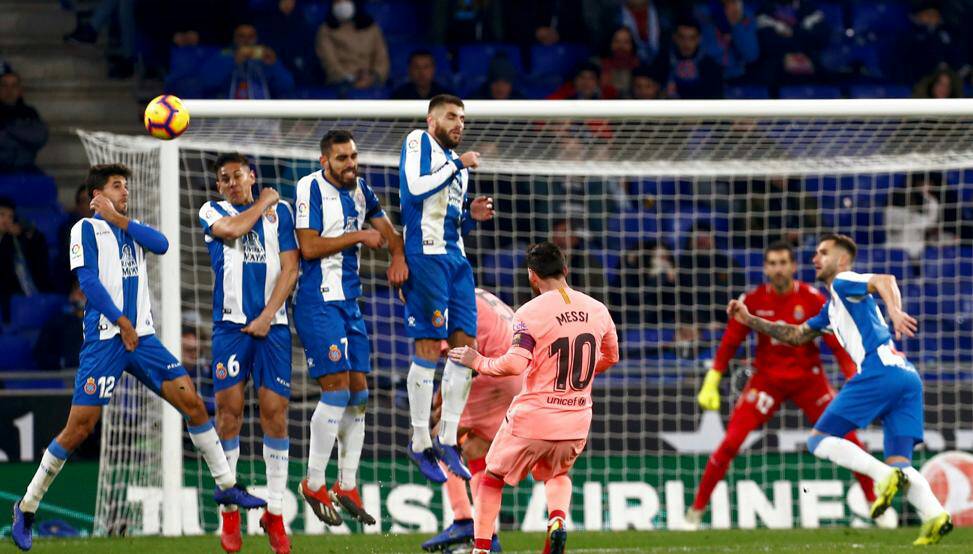 Barcelona captain, Lionel Messi, delivered another master class by scoring from two direct free kicks during their clash with Espanyol yesterday. The Argentina International won both free kicks from his trademark marauding runs into the channel and also went on to convert both.

The five times ballon d’or winner tormented the opposition defence from the kick off to the end of the  match in what suggests that he was trying to prove a point after being dropped outside the best three during this year’s edition of the ballon d’or award. The award was eventually won by Real Madrid midfielder, Luka Modric.

The Argentina superstar had never finished outside the best three in the last ten years until it was revealed that he finished fifth in this year’s edition.

As a result of his impressive display  during the clash which suggests that  really the Argentine is a wizard at the round leather game, fans have been on social media launching a sarcastic jibe at the organizer of the  award after the Argentine finished in fifth place.

Can’t believe Messi has scored more freekicks than any other club in Europe since 2014. That is absolutely ridiculous

Messi is the most underrated player in history

Messi can't win the honours forever. Even Modric won't say he his a better player than Messi. Y all should chill and stop wildin.