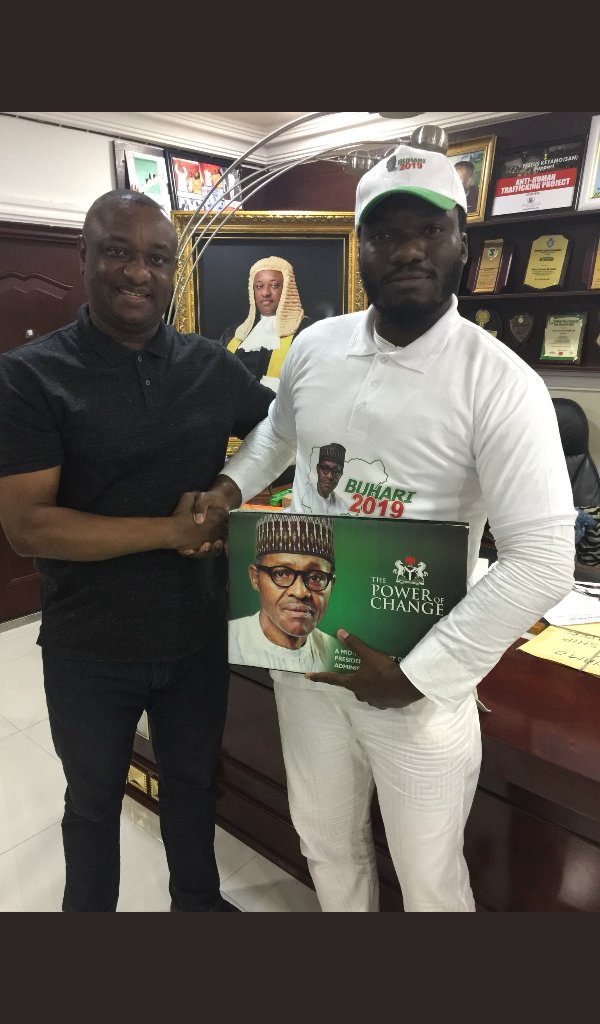 On Thursday, news of Ditan volunteering for Buhari’s reelection campaign bid drew attention, especially because his father a strong member of the opposition, and also part of the campaign organisation, striving to see that the PDP candidate, atiku Abubakar coasts victory in next year’s presidential election.
Ithe letter, which was made available on twitter by the Director general of Buhari’s campaign organization, Festus Keyamo(SAN), Ditan urged Nigerians to do everything possible, to see that PDP never comes back to power.
However, in his response, the older Okupe confirmed that Ditan is in fact his son, whom he has had serious issues with, in the last 5 years. According to Okupe, this may be his son’s way of getting back at him and wished him luck.

Ditan okupe is my Son. He is a very brilliant young man. He went to Kings college, Lagos, Burkinham university, UK and did post graduate in law at d London school of economics.We both have had serious issues in the last 5yrs. This may be his way of getting back at me. I wish him luck.