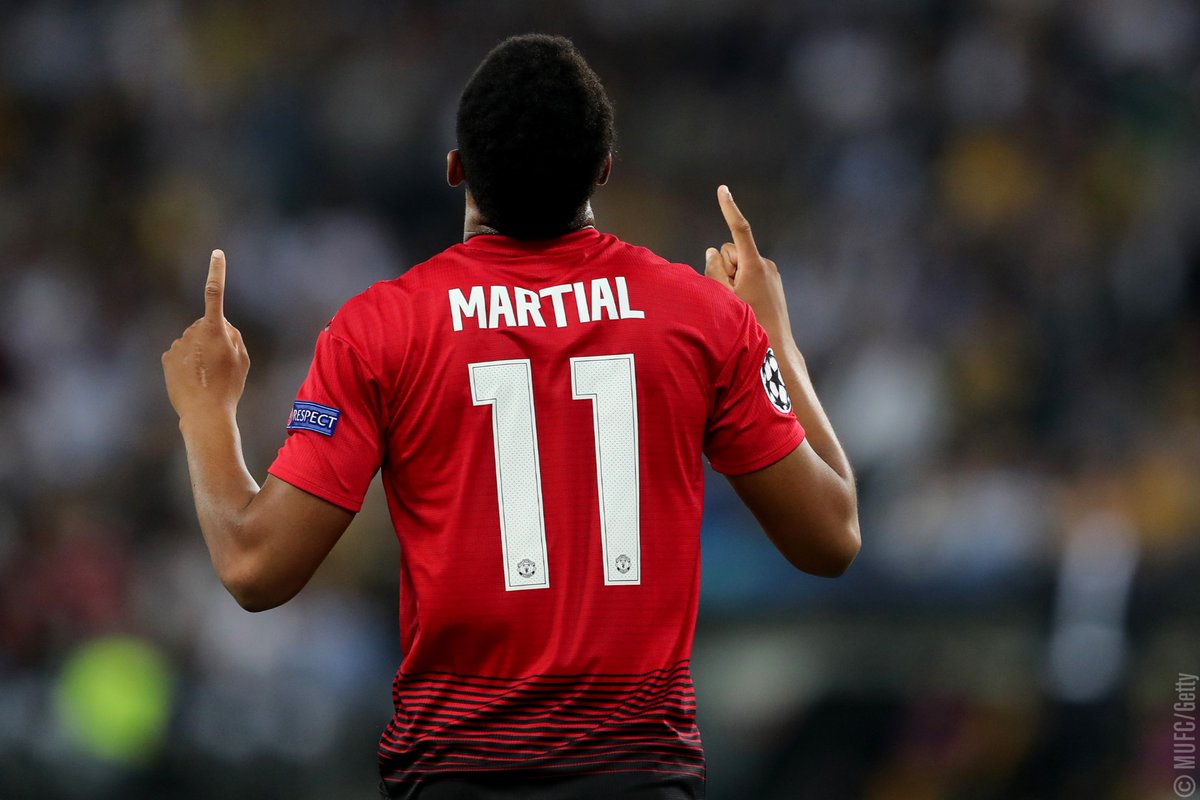 Manchester united forward, Anthony Martial has been rewarded for his recent impressive form by being recalled to the France squad on Thursday.

Martial, who has scored five goals in his last four premier league appearances comes in for the games against Uruguay and their Nations League match in the Netherlands on November 16. martial, 22, was not included in the France squad that won the 2018 world cup in Russia. his last cap was against Russia in march.

“We’re still talking about a young player who, I hope, is in the process of gaining a certain level of maturity. that can be seen on the pitch, with thee importance he’s taken on in recent weeks in Manchester, in the head of Jose Mourinho, and what he’s doing on the pitch”

Les blues know that a draw away to the Dutch in Rotterdam will secure their place in the finals of thee new UEFA nations league, which will feature four teams and be played in June, 2019. the friendly against Uruguay will be played at the Stade de France on Tuesday, November 20.