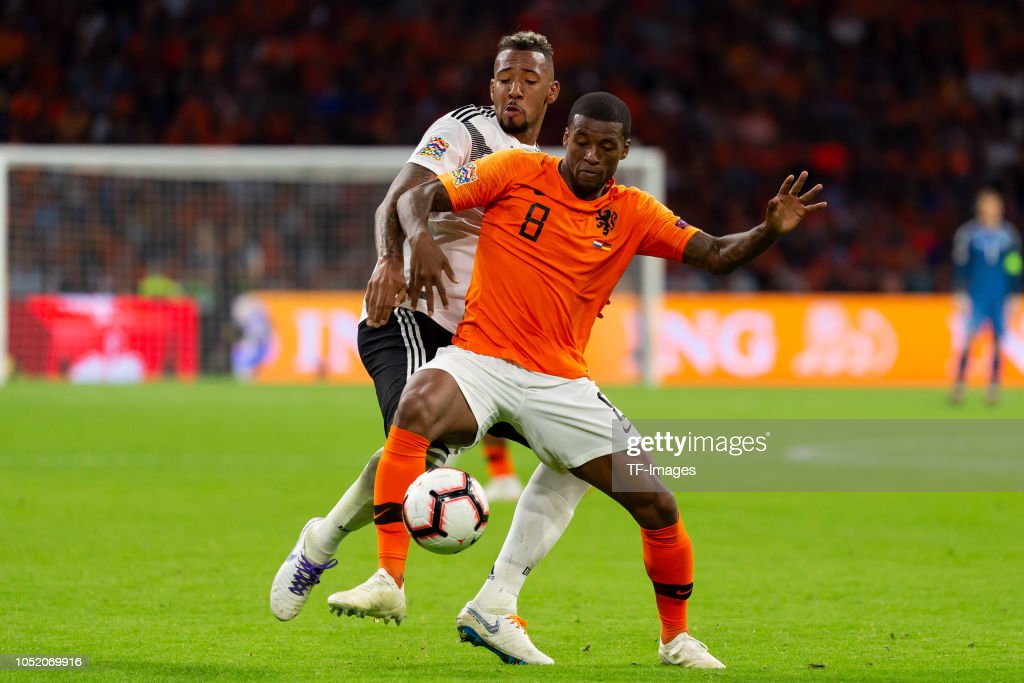 Germany is still suffering from their bad World Cup as evident by the capitulation at the hands of  Netherlands. Prior to the match, they had never been beaten by Netherlands by a 3+ goal margin for the first time in history.

They would have preserved the history if Bayern Munich’s defender, Boateng, who was dribbled by Liverpool’s midfielder, Georginio Wijnaldum, in the build up to the third goal had stood his grounds.

As a result of the silly nutmeg on the defender, fans have been on social media reacting.

Pique and Jerome Boateng are the most overrated defenders on the planet. Just had to share my thoughts.

Dear Lord, please forgive me 🙏 for I once thought we need to sign boateng to partner van dijk n doubted gomez's abilities as a cb.