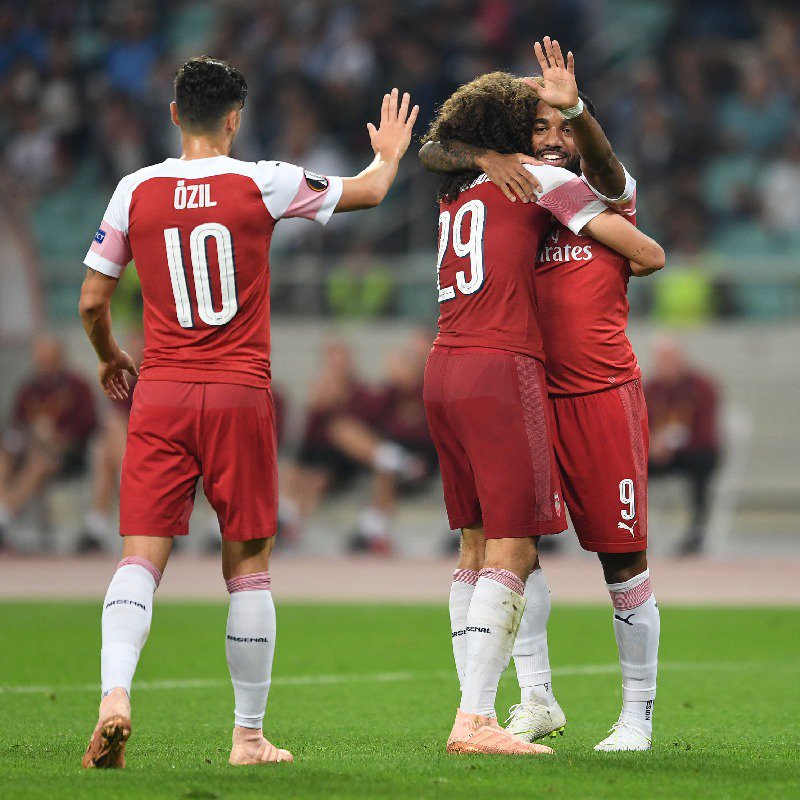 The Gunners have been in scintillating form since their 2 consecutive lost to both Manchester city and Chelsea in the opening two games of the domestic league this season. They have gone on to win all matches across all competition after the lost.

They were yet at it again yesterday when they visited Azerbaijan to take on Qarabag in their second Europa league group match of the season. They went on to dispatch them by putting three unreplied goals past them.

As a result of their resounding victory yesterday, their players have been on social media reacting to their wonderful streak.

What they said below:

Taking 3 points back to London, massive thanks to the fans that travelled out, safe journey home 🙌 #COYG pic.twitter.com/gwhiNpIlRj

Comebacks like this 🙌🏼 🔴⚪ Successful season debut for me against Qarabag – and already hungry for the next challenges 👊🏼 #Gunners #gibgäs #SeoKol @Arsenal @EuropaLeague pic.twitter.com/ANZvXst8TZ

3:0 against Qarabağ FK. It was a tough game but we are very happy with the outcome!
Come on Arsenal 💪🏻 #wearethearsenal #coyg #yagunnersya #arsenal #europaleague pic.twitter.com/MYpSP12GxI