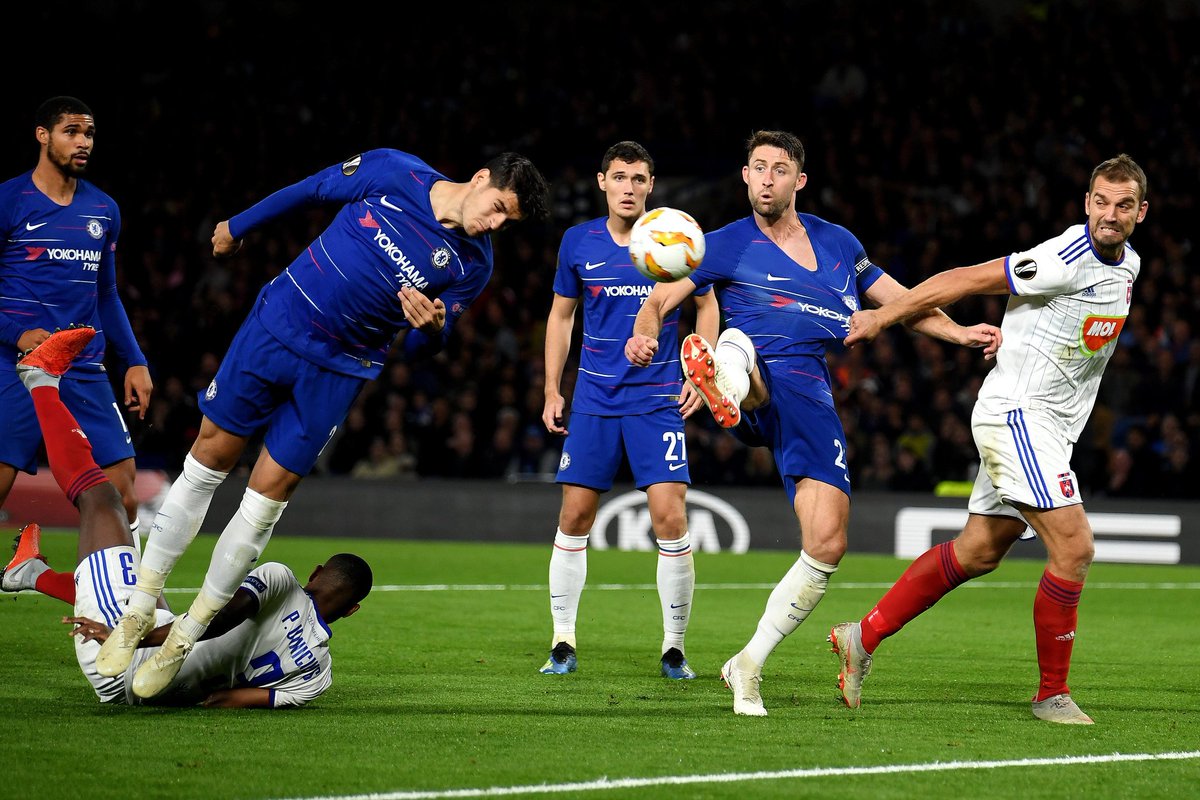 Chelsea’s striker, Alvaro Morata, goal was the difference in their  encounter today with Videoton. The two side met in their second group match at the ongoing Europa league at Stamford bridge and the Blues suffered before finally opening the scoring in the 69th minute through Morata.

Morata who scored his first Europa League goal of the season with his 14th shot and with only his second on target had been firing blank prior to this match. He had not found the back of the net since he scored against Arsenal in the second opening match at the domestic league.

The former Real Madrid striker also missed several goal scoring chances today before he finally converted one. The move to the goal started with Fabregas who laid a beautiful pass into the path of Willian and the Brazilian flicked on for Morata to bundle home.

Despite scoring the only goal of the tie, Chelsea fans still took to social media to call him out.

Its about the striker, obviously the system needs a clinical finisher to make the style of play count, I think Batshuayi shld be recalled, lost all hope on Morata.

Why is Morata so shit

Please we are tired of morata

Please we are tired of morata