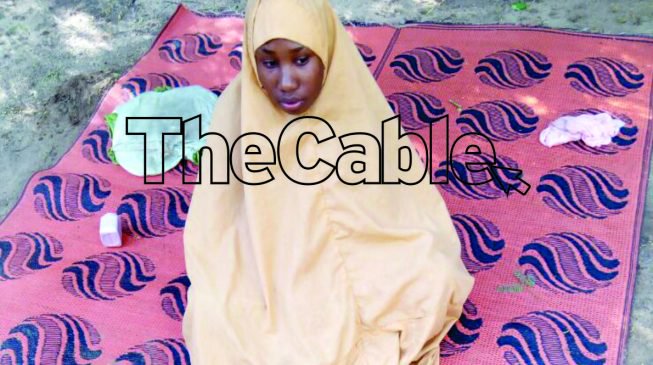 Leah Sharibu, one of the 112 girls of Dapchi Government Girls Science Technical College, GGSTC, Dapchi, Yobe State abducted by the Boko Haram terrorist group on February 19, 2018 has given her family and supporters, a beam of hope.

Sharibu, who was held back for refusing to denounce Christianity, as others were later returned has now spoken from captivity to the delight of many, praying and hoping for a release. TheCable has exclusively obtained her latest picture as well as the audio of her plea to Buhari as ‘proof of life’

Leah, who spoke in Hausa, in the 35secs audio, had this to say;

“I am Leah Sharibu, the girl that was abducted in GGSS Dapchi. I am calling on the government and people of goodwill to intervene to get me out of my current situation”

“I also plead to the members of the public to help my mother, my father, my younger brother and relatives. Kindly help me out of my predicament. I am begging you to treat me with compassion, I am calling on the government, particularly, the president to pity me and get me out of this serious situation. Thank you.”

Listen to audio below