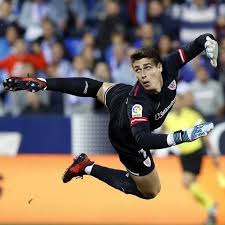 Chelsea raced to early lead as they were two goals up as early as the 20th minutes and the tie looked over until Arsenal found a way back into the contest and drew level just before the half time.

Despite emerging victorious in the end, Chelsea fans felt that Kepa could have done better for both goals.

As a result of this come back, fans have taken to to social media to call him out.

With the defeat to Chelsea, Arsenal have now suffered consecutive defeat at the start of the premier league campaign for the first time  since 1992.

#CHEARS
The moment it was spelt KEPA instead of KEEPER, i knew he was no good. pic.twitter.com/uByefNLQT6