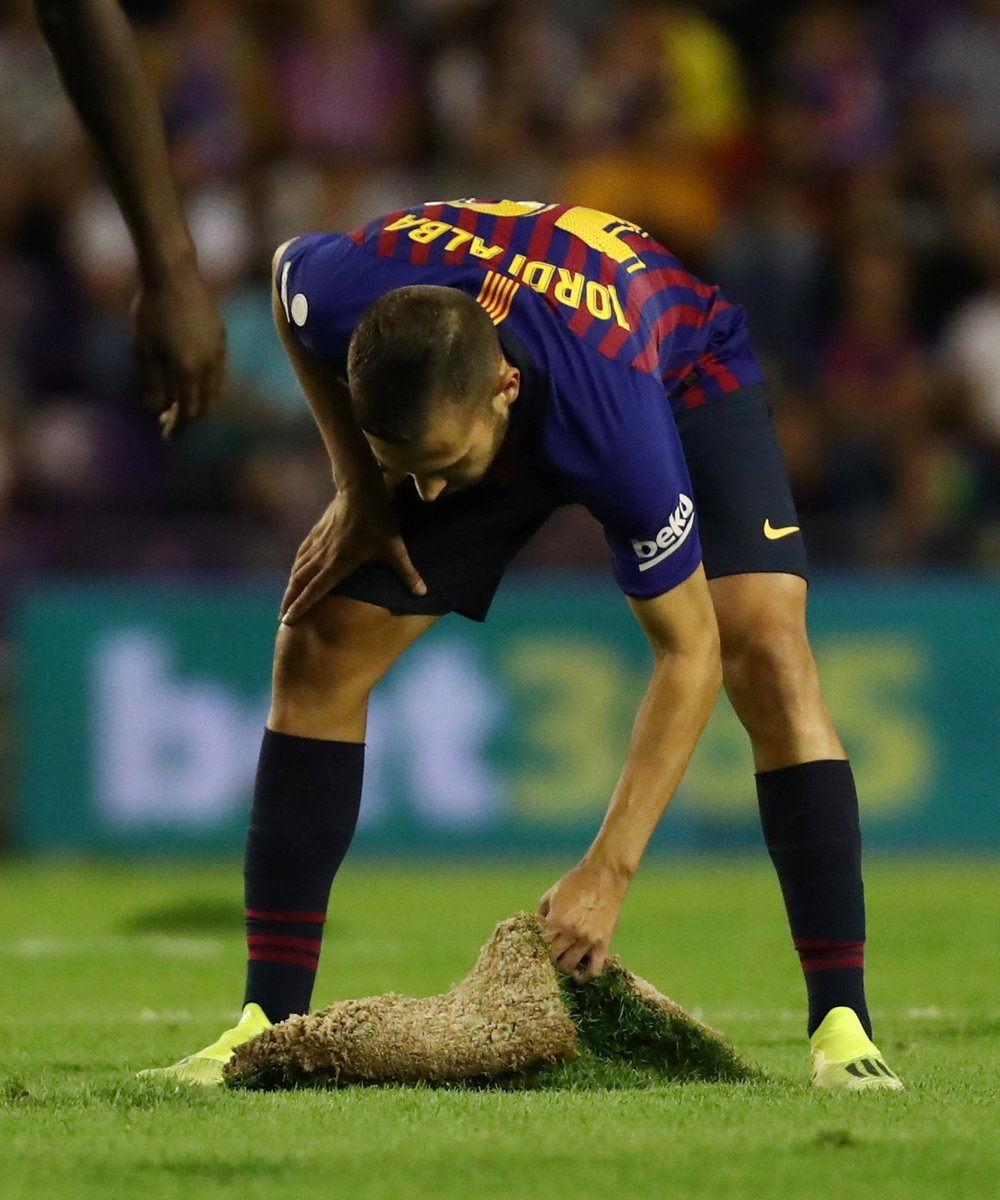 Bracelona battled  Real Valladolid to a one goal to nil victory in a rather unconvincing match from the Spanish champion.

Barcelona coach, Ernesto Valverde, had made negative remarks about the pitch condition prior to kick off. This became evident as the match got on as rough spots was spotted on the pitch. This affected Barcelona’s tempo as they couldn’t hold on to the ball for long to play the tiki-taka they are known for.

The had to rely once more on Ousmane Dembele for the only goaol of the match. Dembele who sent a controlled volley past Valladolid shot stopper, Jordi Masip, in the  57 minutes, was substituted after 75 minutes and received ovations from the Barcelona faithfuls.

The home team though they had equalized in the 90th minutes, when they threw the stadium into frenzy with their celebration. Their celebration was however cut short by the referee as he consulted with VAR assistants and the goal was not allowed to stand.

Barcelona fans are ecstatic that their beloved team was able to grind out  result as they took time out to react on social media.

Best young player at the moment 💪

God bless VAR. Last season it would be 2 points stolen from us.

“I am not losing any sleep about impeachment” – Saraki