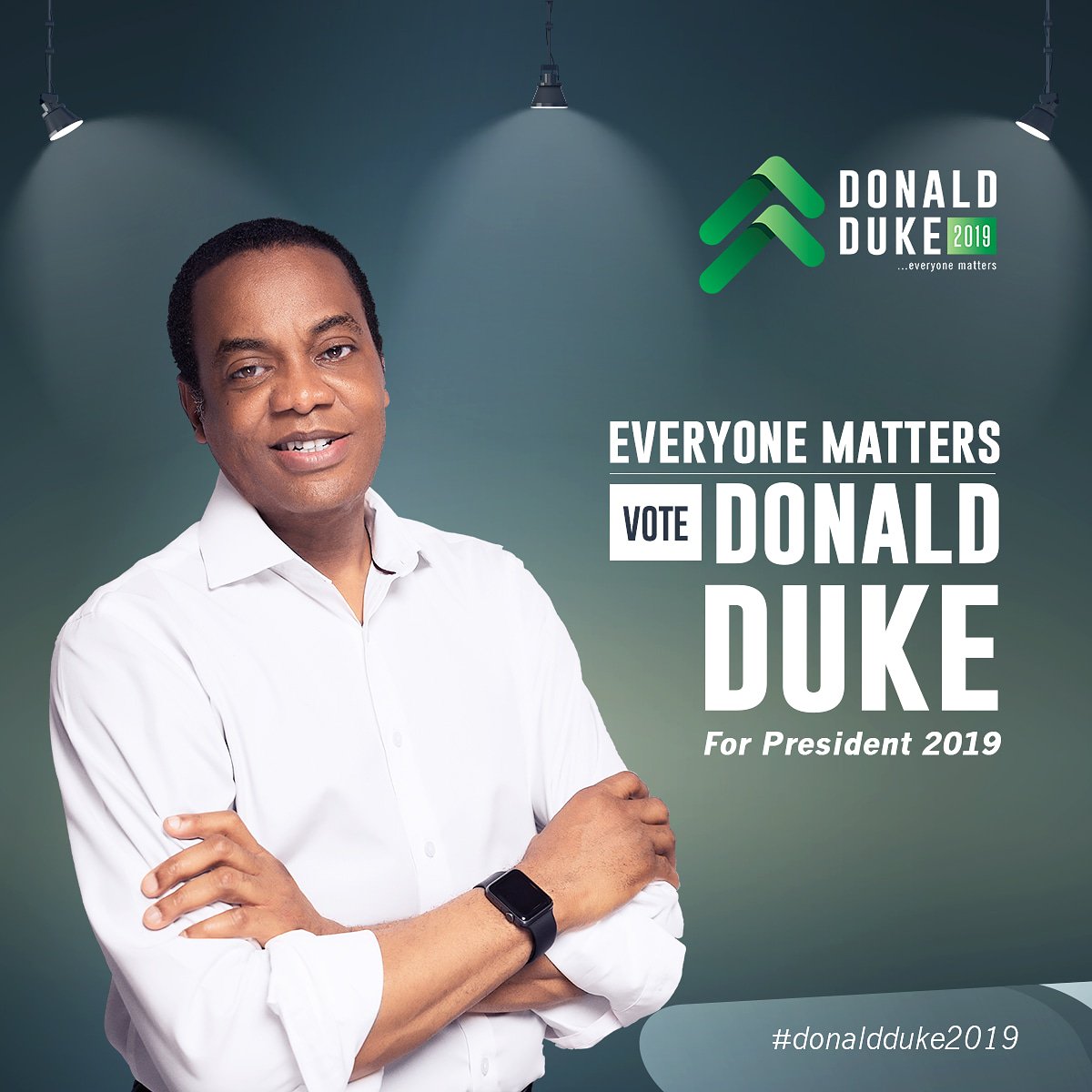 The former governor of Cross River State, Donald Duke, has formally declared his interest to run in the upcoming 2019 Presidential election.

Duke made his intentions known while speaking on the topic ‘Nigeria In Clear and Present Danger’, at the annual Law dinner of the University of Nigeria, Anambra State on Friday (June 8).

“I am putting myself forward for the president of the Federal Republic of Nigeria.

“I’m not going to sit back any longer and postulate. And I want each one of those young people there to be part of it. That’s why I urge them to go and get their voter’s card and be part of this society.

“Don’t be onlookers any longer, this is not a football match where you sit in the audience and cheer and grumble. Get unto the field and take part.

“I’m not going to sit back, I’m going to take part,” he asserted.

Mr Duke who is currently a member of the Peoples Democratic Party (PDP), was one of those who welcomed the Coalition For Nigeria Movement by former President Olusegun Obasanjo In February.

He was also one of those who witnessed the formal registration of the former president (Obasanjo) as a member of the group, which he had called for to save Nigeria from the myriad of challenges it is facing.

Donald Duke is a great guy but he cannot win this 2019 election. It's only coalition that can end this Buhari. Challenge his ideas and use a strong northerner

I used to stan hard for Donald Duke.
But after reading Ngozi Okonjo Iweala new book and what she said about him.

I think the ship has sailed for me.

NO. Are you running on @OfficialPDPNig or ADC ticket where your godfather pitched tent? You threw away a golden opportunity 11 years ago when you turned down the chance to run with late Umar Yaradua. There's no federal might, rigging machinery or 'powerful OBJ' to get you there.