Tommy Lee got into a fight with his son on Monday night and police had to be called to Tommy’s Calabasas home around 10:45 p.m. but no arrests were made after officers took a report.

Tommy was transported to a hospital where he got checked out. He later shared a photo of his swollen lip and said his son with Pamela Anderson, 21-year-old Brandon Lee, was responsible for it.

He wrote: “My heart is broken. You can give your kids everything they could ever want in their entire lives and they can still turn against you.”

It is unclear what caused the fight between father and son but a source connected to Brandon says Tommy was drunk and Brandon acted in self-defense.

Also, on Monday Tommy took a shot at Pamela’s recent interview with Piers Morgan where she talked about Tommy abusing her.

Reacting to the interview, Tommy said: “Think she’d find something new to discuss instead of rehashing old s**t.” 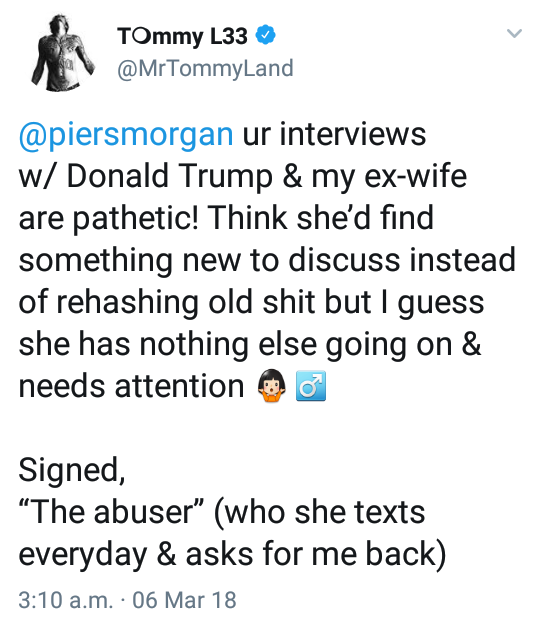