Former Playboy playmate, Karen McDougal told how the fling began after Trump visited the Playboy Mansion to film a Celebrity Apprentice special. Karen said she was then invited on a date by Trump at the Beverly Hills Hotel, only to be smuggled in to a private bungalow where they ate dinner and had sex.

She said she and Trump had sex “many dozens” of times, and never used any kind of protection. She said Trump even showed her around Trump Tower. Karen said she ended the affair with Trump after being eaten up by guilt about his marital status.

She is now apologizing to Donald Trump’s wife, Melania Trump, for the affair with her husband. 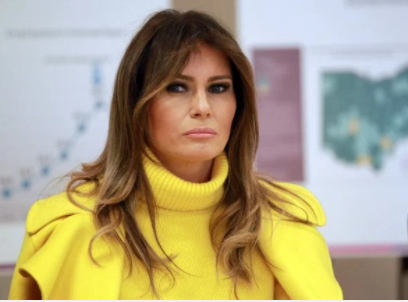 CNN host, Anderson Cooper asked Karen on Thursday what she would say to Melania if she was watching and Karen McDougal said: “I am sorry.”

Asked just beforehand if she had any regrets about the alleged affair, which spanned 10 months in 2006, Karen said: “The only regret I have about the relationship is the fact that he was married.”

Just like Stormy Daniels, Karen is currently suing for the rights to tell her story after selling lifetime rights to the National Enquirer’s publisher in 2016, who never ran the story, amid claims they did so to protect the president.