Evicted Big Brother Naija housemate, Bitto Bryan, has finally opened up on his embarrassing ‘bulge’ while he was with Nina during his time in the house.

While speaking in an exclusive interview with Naij.com, Big Brother Naija housemate, Bitto Bryan, who was recently evicted from the ongoing reality television show, has shared his thoughts on the remaining housemates as well as his controversial erection while he was speaking with Nina.

On his embarrassing ‘bulge’ with Nina, he said: “While that thing was happening, I don’t see it as a big deal. When I got out of the house, I saw what social media had done with that clip and I felt the need to explain myself. In that moment, Nina saw me as an elder brother that she can talk too.

“She was explaining to me that she was worried that her relationship outside the house was conflicting with the feelings she was getting for Miracle. 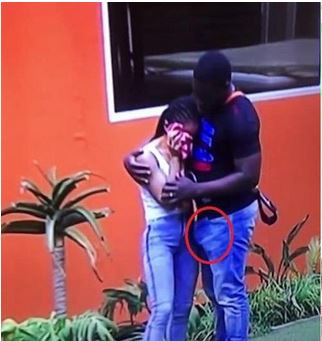 In that honest moment, I had no amorous feelings towards her. I was just giving her a shoulder to cry on. I’m not saying this to blow my trumpet but as a guy, I am very well built even down there and I always have this wardrobe malfunctions.

“People keep on advising me on the kind of to wear but those things are tight. If I was thinking about Nina in an ill way, I would have made advances to her on the show but I didn’t.”

On is thoughts on his other remaining housemates, he said: “BamBam is talented, Teddy A is creative, Rico is jovial, Cee-C is cranky. In the sense that things that won’t move a normal person will make Cee-C jump out of her skin.

“I wasn’t happy with her relationship with Tobi because it appeared she was using a veil on him. Ahneeka is sly, Angel is forceful, Anto is very sound upstairs, Lolu is smart, Nina is developable and tender, Miracle is miraculous. His understanding of the game is amazing. Alex is also very jovial. Leo is cunny. Ifu Ennada is an all-rounder.”

What Do You Think Of These Tboss’ Pictures In Native Attire, Hit Or Miss?