A postmortem has revealed that Bollywood superstar Sridevi Kapoor, who reports earlier said died of a cardiac arrest, actually died of accidental drowning in her hotel bathtub in Dubai on Saturday.

The beautiful 54-year-old actress was in Dubai where she was attending her nephew’s wedding when the accident happened. She was found unconscious in her bathtub in her suite at Dubai’s Emirates Towers hotel and rushed to hospital where she was declared dead on arrival.

The Dubai government’s media office tweeted that the postmortem analysis of Sridevi revealed that she had died due to “drowning in her hotel apartment’s bathtub following loss of consciousness”. 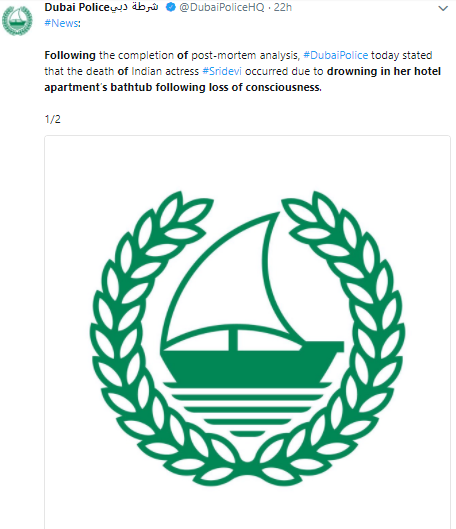 Dubai’s Gulf News alleged that the glamorous Bollywood star, who acted in 300 films in five different Indian languages, was under the “influence of alcohol” and had fallen into the bathtub and drowned. But the Dubai authorities did not confirm this.

Meanwhile, thousands of Sridevi’s fans gathered outside her Mumbai house to pay their last respects before her funeral. 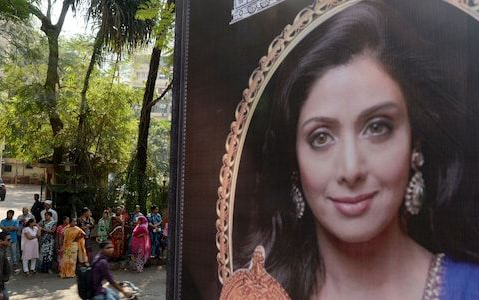 Sridevi began her acting career at the age of four in southern India and spent the next five decades playing mostly lead roles in films, a large number of which became box office hits. Her last and 300th movie ‘Mom’ was released in 2017. She married Bollywood film producer Boney Kapoor in 1996 and they had two daughters.

What blogger Sandra Rose wrote about Jada Pinkett Smith and Duane Martin is the most savage thing you will read today! Controversial crossdresser, Bobrisky, is willing to help the grieving family of late Oke Obi-Enadhuze, the graphics designer who was stabbed by thugs.

Information Nigeria recalls the younger brother of the deceased, Obi-Enadhuze Daniel, in a string of tweets, narrated how Oke was killed and they were rendered homeless.

It appears some well-meaning Nigerians created AGoFundMe account to assist the family of deceased in their time of grief and need.

Reacting to this, Bobrisky took to Instagram to ask his fans how he can show his support.

“Pls I beg , how can I be of help to dis family! Dm me pls. We all will try our best to do d little we have. Dm me info pls. Dis is not d time to ignore. Dis is d time to help with ur last card.”