A stunning Sudanese model who became a fashion icon after moving to the US from a refugee camp has detailed the cruel bullying she faced growing up, at the hand of classmates who thought her skin was ‘too black’, according to Dailymail.

The woman identified as Nyakim Gatwech, based in Minnesota, further revealed in March this year that an Uber driver had once asked her whether she would bleach her skin if she were given $10,000 (N3,600,000) in exchange and she said NO.

Gatwech, 24, has become a vocal advocate for self-acceptance, who often speaks out against discrimination based on skin color. Before Gatwech moved to the US aged 14, she lived in two different refugee camps in Ethiopia and Kenya, after her family had to flee war-torn Sudan.

‘My mother fled before I was even born, because there was a war. Soldiers would come and shoot the whole village, machine gun everybody down,’ she told Cosmopolitan in a new interview.

‘She had to make her way with her children on foot to Ethiopia, and she lost my older sister — she passed away along the way. We were there until the UN left that camp. After that, we moved to a refugee camp in Kenya, where finally we were accepted into the United States.’

The model expected America to be ‘like heaven’, after sleeping in the refugee camp’s tents and not having safe access to food and water, but faced ruthless bullying as she settled into her new country. 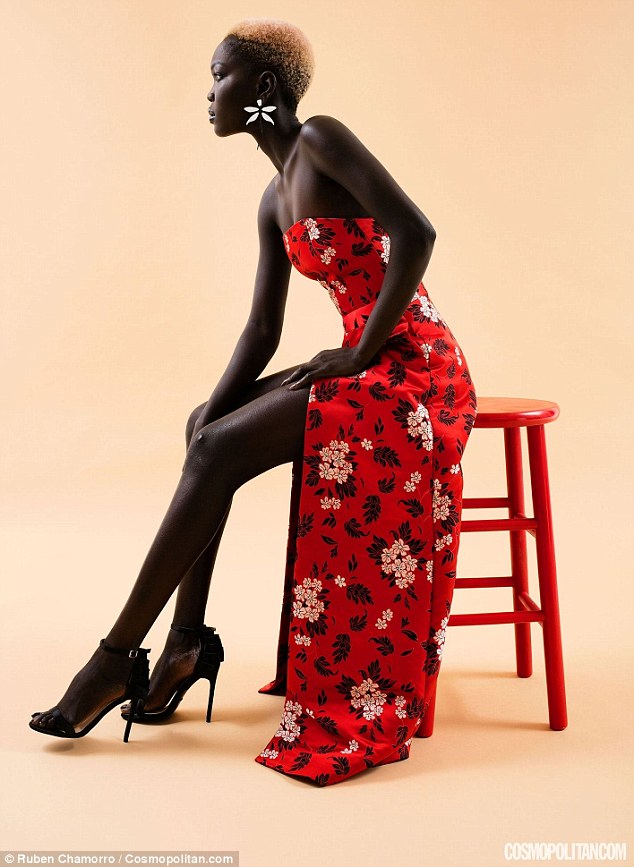 Recounting her classmates’ taunt, she said: ‘They would say, you know, I’m too black, my skin is too dark. They’d be like, “You don’t take showers. That’s why your skin is dirt.” Or, “Smile so we can see you, Nyakim. We can’t see you.”

‘And then, in class, for example, the teacher would ask a question and say, “Oh, Nyakim, can you answer that?” A kid would say, “Who are you talking to? We can’t see her. She’s not here.” The whole class would start laughing, and I would just cry.’

The teenager, who was in the process of learning English, also struggled with the language barrier. She kept to herself and thought she would never make it as a model, because she didn’t look like other people in magazines, on television, or online.

In an attempt to make friends Gatwech joined a track and field team, but ended up quitting after her teammates wondered out loud whether they would be able to see her clearly enough to give her the relay stick.

The bullying took such a toll on the future model that she considered bleaching her skin, but her sister, who went through the treatment herself, talked her out of it. 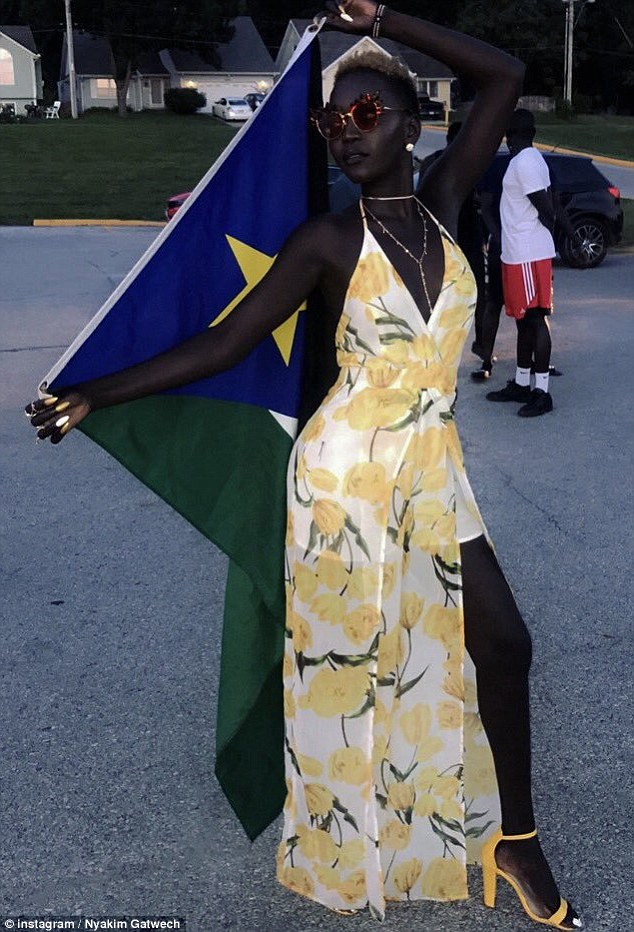 Now, Gatwech finds ignorant remarks easier to handle. When the Uber driver asked her whether she’d bleach her skin for ten grand, she laughed and asked him why he thought she ought to change her appearance.

Girls Are Not Futuristic, They Are About The Now – Mayorkun Talks On Girls & Money