Wizkid has finally broken silence on not attending neither of Banky W’s wedding.. Recall, the starboy revealed how sad and depressed he was after he was unable to attend the Traditional Wedding, which went down in Victoria Island, Lagos..

…and then he said He’d definitely not miss the White wedding, as he’d be the FIRST ONE to be present at the Wedding venue.

Here’s what he wrote on His Instagram and Snapchat below, after missing the traditional wedding… 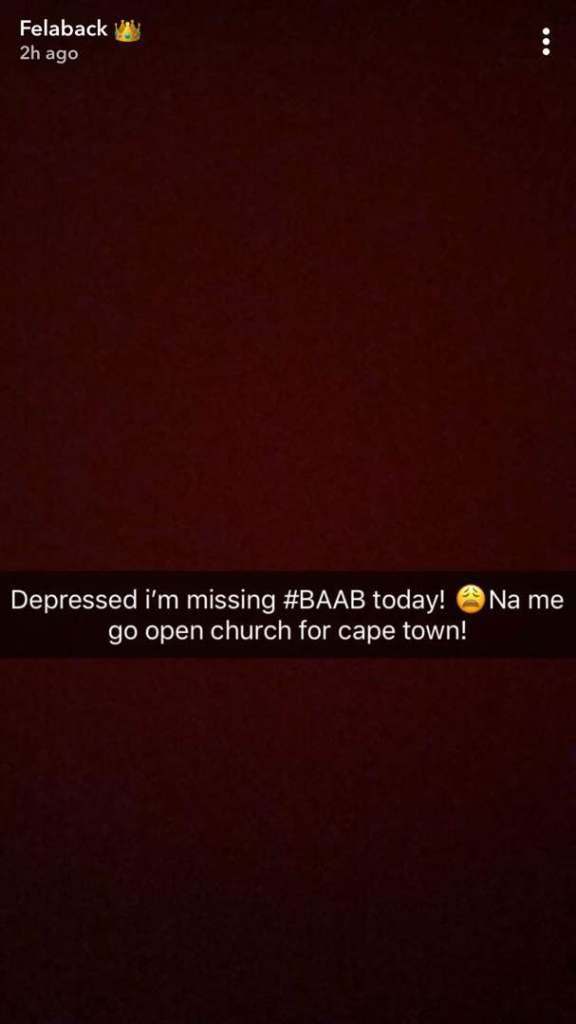 We all of course, expected to See pictures of the Starboy in South Africa for Banky’s wedding, but then, he disappointed us all, as he didn’t attend, as widely speculated.. 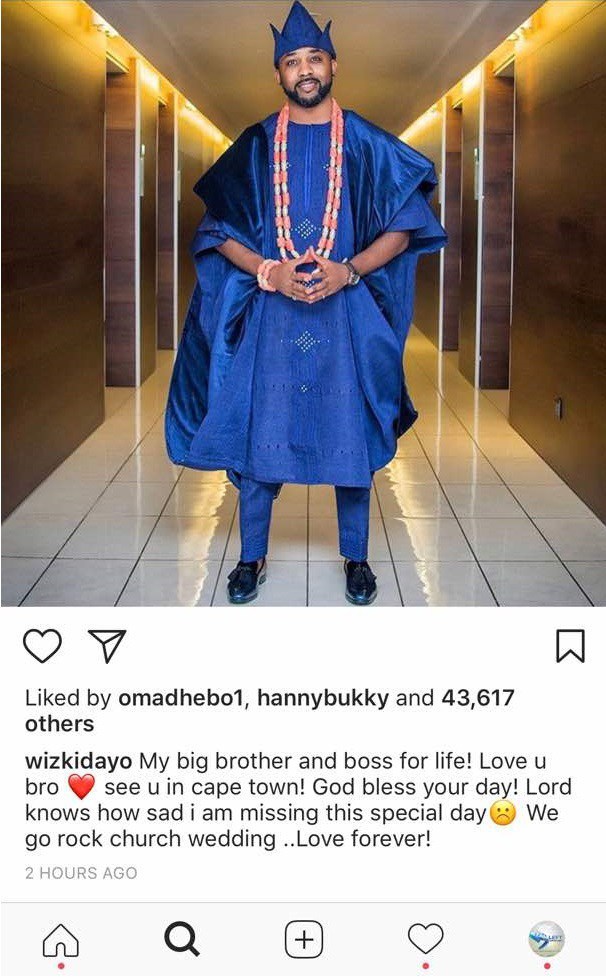 Instead, he shared pictures chilling with his first son, Boluwatife.. This of course angered some fans online, and they trooped to his instagram to call him names, “Proud and arrogant”.. It’s just dirty.

Some defended him, and some trusted sources who spoke to YabaLeftOnline said his passport was withheld, reason for his absence in South Africa.. the source further told us that one of Adesua’s Bestie, suffered the same fate, as she could not also attend the Wedding in SA, because her passport was withheld too.

Looks like our source is true as Wizkid just confirmed that the reason for his absense at the wedding has something to do with his passport. 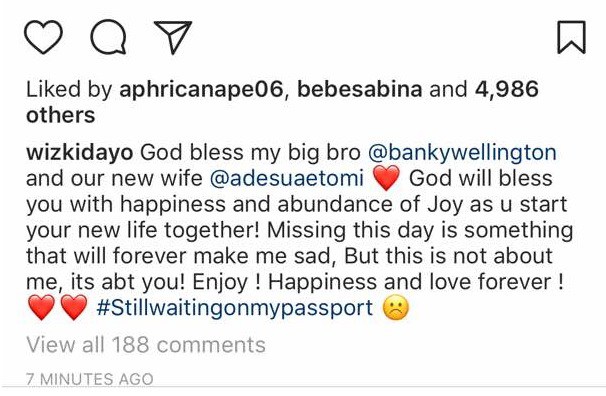 “God bless my big bro @bankywellington and our new wife @adesuaetomi ❤️ God will bless you with happiness and abundance of Joy as u start your new life together! Missing this day is something that will forever make me sad, But this is not about me, its abt you! Enjoy ! Happiness and love forever ! ❤️❤️ #Stillwaitingonmypassport”

“I May Still Go Back To School” – Popular Yoruba Actor, Odunlade Adekola Says.