Home Entertainment Nigerian man narrates how he finally had three-some with a girl who...
Facebook
Twitter
WhatsApp A young Nigerian man took to Facebook to share photos of two girls he supposedly had three-some with at a hotel in Owerri. According to the man who has since been bashed on social media, one of the girls gave him a really tough time when he initially asked for her number so he had to wait till he made money before coming back for her. 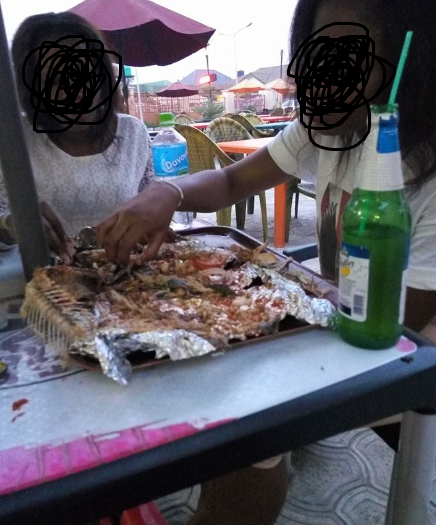 In owerri, last 4 weeks.
I asked the girl sitting [right] to take me to a place where we can sit and chat, she took me to this place i have forgotten the name of the place.
We got there and they ordered for barbecue, two of the fishes cost me 11k that’s N5,500 each while I took peppery pepper soup cus I have hatred for fishes.

I met this girl when I was serving in owerri, I was looking awkward that afternoon cus my NYSC uniform was somehow over size and she refused stopping when I called her to collect her number.

It was around that Imo Event Center or whatever that place is called. So I crossed the road and she told me that she can only give me her Facebook ID, that she can’t give me her number. The truth is that her ass was awesome. And apart from the fact that I had no money then I was in a relationship and didn’t ever wanna cheat. So I found her on Facebook and she still refused to give me her number until I used a girl’s Facebook account where the girl told her she was my sister.

I got the number called for months but she refused coming to see me. So I had to chill until money came this year… I called her last month and told her about God’s blessings in my life and it took her just 5 mins to fall in love and decided that we must see.

But the story is that after eating out her friend or room mate was supposed to leave but she didn’t. Even after I have dashed them 5k each just for keeping me company. [remember I told you that I can give a girl I like any amount of money if she is nice to me but I can’t pay anybody penny because of sex cus I don’t believe that it’s the guys that fuck the girls. I believe that sex is a mutual thing enjoyed by the both parties].

Later, i went to the cheap hotel room where I lodged around World Bank with the 2 girls and… Definitely it wasn’t my first time of doing THREE SOME. I can’t lie to you my dear friends.

Okay, thanks for reading. 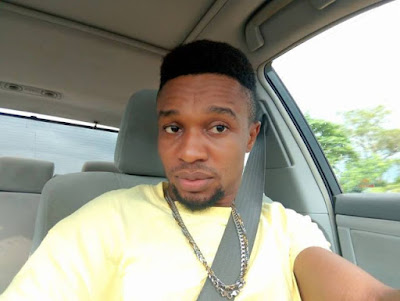 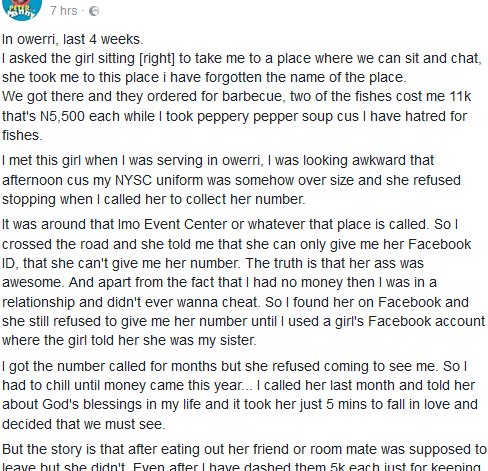