Known by his small stature, popular Ghanaian actor, Samuel Nana Yaw Dabo a.k.a Dabo, has announced that he will wed his sweetheart, Vivian Okyere, very soon.
It was gathered that the couple featured in Kumawood movie, “Megye wo girl” in which Yaw Dabo snatched Vivian Okyere from his boss, and now, much to fans’ delight, that romance is becoming a reality. 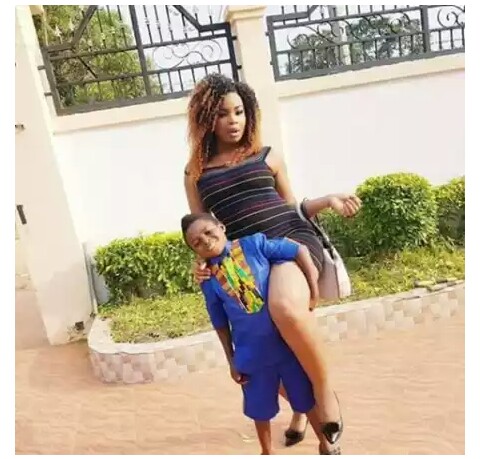 Samuel Nana Yaw Dabo popularly called Dabo was born in 1998. He is a comic actor in the Kumawood movie industry from Ghana. Due to his little size he found it a bit difficult in his career but was later introduced into the movie industry by popular actor Kwaku Manu.
The young actor is also an entrepreneur as he owns three football clubs in the colts division with an U-10, U-14 and U-17 teams. 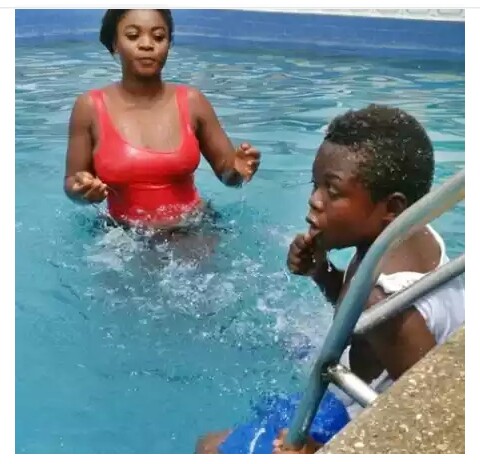 In a recent interview, Dabo said that he was crazy about Vivian and had accepted her love with alacrity. He said they two of them understand each other, and dismissed suggestions that Vivian could be after his money.
He said Vivian genuinely loved him and was not in any way drawn to his riches. The actor said he could announce a date to wed Vivian sooner rather than later. “It won’t be long at all, may be we can announce our wedding date,” he said.