Home Entertainment I’m a Representative of Lucifer Sent to Rule – Popular Tattooed Ghanaian...
Facebook
Twitter
WhatsApp
Upcoming Ghanaian dancehall artiste has shocked his country men after he made a shocking revelation in an interview about his entire mission in the nation’s music industry. 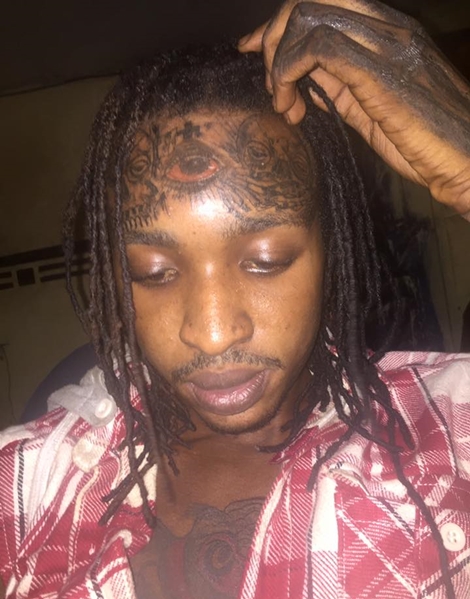 Cash King
While speaking in an exclusive interview with entertainment blogger, Arnold Mensah, Ghanaian underground dancehall artiste, Cash King, has said categorically said that he is the music Lucifer sent to rule the country’s dancehall domain, adding that he is a representative of the devil on earth.
Cash King who is in his late 20’s, revealed that the tattooed eyeball and two skeletons on his forehead represents a secret occult he belongs to, adding that he had to bleach his skin because he wanted his fans to easily locate the tattoos on his body
“I am bleaching my skin because I want people to see the tattoos I have on my body and because I admire Michael Jackson and I want to be like him,” he said. 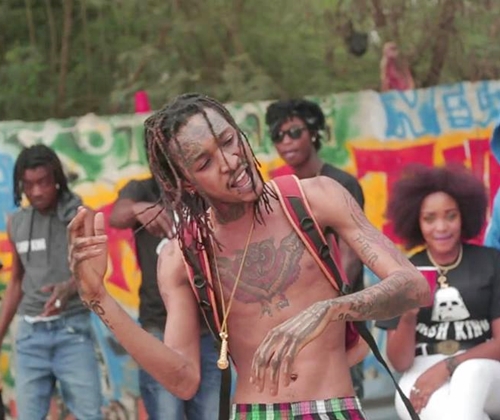 According to the ‘youngest and baddest’ singer, he belongs to an occultic group whose symbol is the skeleton tattooed on his hands and his body.
“Anyone with this kind of tattoo means that person is not afraid to die,” he added
When asked to mention the name of the said occultic group he belonged to, the singer said, it was against their rules and regulations to speak about their dealings and what they do in private
“There are big people who you know that belong to our group, some may not have our symbol (the tattooed skeleton) on but they are all members),” he added.
Cash King said he doesn’t believe in religion or any deity for his success or survival, all he knows is, he will succeed in life someday.
Watch the interview here;