Melissa Meek, the wife of “hot felon”Jeremy Meeks has opened up about her heartbreak for the first time since she discovered he was in a relationship with Topshop heiress ChloeGreen.

In July, the ex-convict turned model made headlines after he was caught romancing Chloe Green during an intimate getaway in Turkey. He has since walked away from his wife and has filed for divorce. They were married for eight years and had one child. 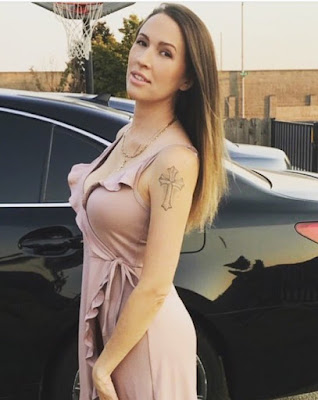 Speaking about the betrayal, the jilted mother told Inside Edition it was “very difficult” to see pictures of her partner kiss the billionaire fashion heiress.

“I was in shock. I didn’t really know what to do,” she said. “It wasn’t an easy pill to swallow, this is not anything I expected … I felt hurt. I felt betrayed. I believed in him, I believed in us.”

The new couple have shown off their relationship on social media by posting several images of them hugging and kissing.

Ms Meeks said she had stood by his side during a difficult period in his life during which he was jailed in 2014 in California for possession of a firearm. He shot to fame when his “hot” police mugshot went viral, earning him a modelling contract.

When asked what she thought of her husband’s sudden rise to fame, Melissa admitted she was happy for him but also had some concerns.

“I was happy for him. Did I want him to succeed? Absolutely”

But she revealed she felt worried when he found fame and started making money.

Just nine days after his romance surfaced Meeks, 33, filed for divorce from Melissa.

Her lawyer Lisa Bloom told the programme her client now wants what she is “legally entitled to” from a divorce.

“This is a woman who worked very hard behind the scenes, supporting her family, standing by him during his incarceration and even afterwards.”