SOME DAYS AGO, THE INTERNET DIDN’T KNOW REST DUE TO THE EXPULSION OF KAYODE FROM A LAW DUE TO AN APPEAL HE MADE. 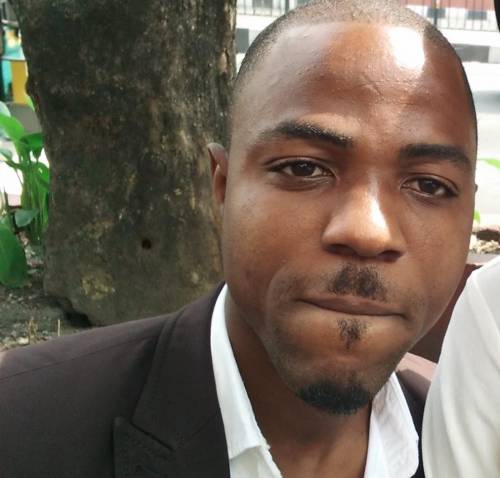 On July 17th, the Nigerian Law School in Abuja expelled 34-year-old University of Ibadan graduate, Kayode Bello pictured above following an argument he allegedly had with another student over a seat in the lecture room. According to reports, Kayode had a face off with one of his colleague identified as Chidinma over the reservation of seats for persons who were not yet in class. They had to be invited by the security officers of the school and he was later to be accused of inciting the students against the school’s management. He is alleged to have always complained about the lack of infrastructure in the school.

After his expulsion, many students went online to condemn the management of law school for expelling him when he was only fighting for a just course.

The Nigeria Law School has now released a statement clarifying on why he was expelled. Read the statement below

Mr. Olusegun Kayode Bello applied for admission to the Nigerian Law School in July, 2012. His application form and Dean’s Reference revealed that he was rusticated from the Faculty of Law, University of Ibadan in the 2008/2009 Academic Session for disrupting the peace and tranquility of the University Campus. The Dean’s confidential report showed that he defied the authorities of the University and continued his program without serving out the rustication period. It was when his defiance was discovered that he was forced to comply.

After his studentship was reinstated, he was unrepentant as the report indicated his further involvement in a case of gross misconduct (insubordination), which made the Board of the Faculty of Law to recommend him for further disciplinary action.

In line with the extant policy at the Nigerian Law School, the candidate’s application for admission in 2012 was referred to the Council of Legal Education, which resolved that the candidate should only be considered for admission in the 2016/2017 School Year in view of his negative antecedent in the University.

Invariably, he applied for admission in 2016. When he was eventually to be offered admission in October 2016, the Council of Legal Education further directed that he should be issued a letter of warning, to avoid any acts of misconduct and indiscipline while at the Nigerian Law School; and that his admission was on probation, subject to good character.

Sometime in March 2017, there was a report of an altercation between him and one of his female colleagues over a preferred seat in the venue of lecture.

The report from his colleagues was that a female student left the hall to visit the toilet. In her absence, Mr. Bello left his seat at the rear of the hall and took the seat of the absent student. All entreaties of the Auditorium Marshall, the Chairman of the Students Representative Council (S.R.C.) and other students fell on deaf ears. It was further reported that Mr. Bello nearly went into a scuffle with the female student on her return from the rest room.

Because of his disorderly behavior, a query was issued to him by the Head of Students Affairs Department. Rather than addressing the issues, he went into irrelevant narration, alleging bias by the officials.

Thereafter, he went on to procure and print on a polo shirt inciting inscriptions and embarked on a solo protest around the School premises. He followed this with a petition against the “Head, Control Room”, addressed to the Secretary to the Council of Legal Education and Director of Administration, which he circulated to the whole world, including the Secretary-General of the United Nations and Amnesty International.

His continued disruptive behavour raised concern among his colleagues. In consequence, the Students Representative Council issued a disclaimer of his actions which was addressed to the Head of Academics on March 21, 2017 and read in part as follows:

“This is to bring to your notice that the S.R.C…………….distances itself totally from the unnecessary and inordinate acts of one Mr. Kayode Bello. This is coming after the S.R.C. through the appropriate Committee met with the said Mr. Kayode Bello to aggregate interest, but he walked out on the Committee.”

Following the disclaimer and Mr. Bello’s continued acts of intransigence and nuisance in the hostel, the Students Affairs Officer issued him with another query, but he refused to accept it. Considering his estranged relationship with his colleagues; and to avoid any break down of law and peaceful co-existence, a letter of advise was written to him to vacate the Hostel in his interest. Mr. Bello howeverrefused to accept the letter.

Instead, he went to the Bwari Divisional Police Station to lay a complaint of criminal intimidation against the management of the Nigerian Law School, seeking the arrest of all the officers. He further urged the Police to invite the Chairman, Council of Legal Education for interrogation.

At conclusion of its deliberations, the Committee found Mr. Bello liable of the allegations against him. It noted that:

“The Council of Legal Education was magnanimous in its decision to approve the admission of Mr. Bello to the Nigerian Law School, despite the adverse report from his University.” It further noted that: “Mr. Bello lacks the core attributes, disposition and comportment of an aspirant to the Bar.”

It therefore recommended his expulsion from the Nigerian Law School.
The report of the Committee was considered by the Council of Legal Education at its meetingof July 11, 2017, which approved the recommendations accordingly.

The decision of the Council of Legal Education was delivered to Mr. Bello, but he refused to accept the letter and further refused to vacate the Students Hostel as he was directed. Instead, he armed himself with an iron rod and threatened to injure whoever went near him. The security personnel left him alone, to avoid a situation in which any of them would be injured by Mr. Bello.

He was eventually sighted in the Library unarmed, as a result of which the Security Operatives were able to escort him to the Bwari Divisional Police Station. The Police later brought him to the hostel to evacuate his belongings.

Mr. Bello’s penchant for misbehaviour was also recently brought to the fore via the letter from the Principal Partner (a Senior Advocate of Nigeria), of the Law Firm to which he was attached, during the just concluded Externship exercise by all students of the Nigerian Law School. The Firm was constrained to terminate his stay there even before the period expired because of Mr. Bello’s incorrigible behaviour. The letter went thus:

“We write to inform you that your conduct during the period of your externship in our Law Firm is highly unbecoming of a person aspiring to be a legal practitioner. You have demonstrated little or no respect to the leadership and personnel of the firm. As an aspiring legal practitioner, your conduct is expected to be Fit and Proper. We are therefore constrained to reject your continuation of the externship and hereby wish to inform you that you leave the office forthwith.”

The Nigerian Law School and the legal profession, to which he aspired to belong, do not condone the type of behavior constantly exhibited by Mr. Bello.

Therefore, the basis for the conflict precipitated by Mr. Bello, by leaving his seat and moving over to that occupied by a fellow student was unfortunate. The Nigerian Law School has sufficient capacity to cope with students projection for the foreseeable future.