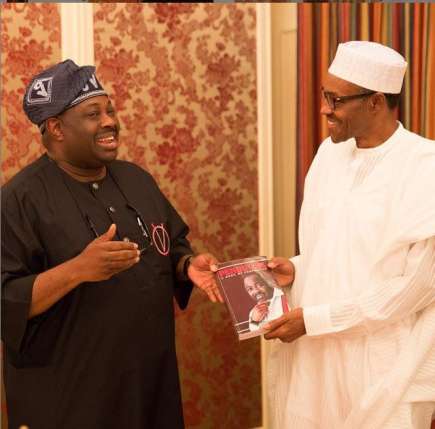 The publisher of Ovation Magazine, Dele Momodu has said that the Igbos have not done enough to produce a president for the country.

In a lengthy piece captioned, “What Exactly Are We Restructuring?”, Momodu noted that the presidency is not bequeathed to any group but rather won on the basis of “hard work.”

He cited the case of late MKO Abiola who lost out in the political power play in the South West but reinvented himself and won the 1993 Presidential election.

“I’ve asked many of those saying they feel cheated in Nigeria to explain what they mean and I’ve concluded from their answers that it is more of politics than anything else. None could answer me when I asked why a strong and highly educated Dr Alex Ekwueme could not do much as Vice President under President Shehu Shagari from 1979 to 1983?” Momodu asked.

“If the Igbos argue that they want the Presidency as a matter of legitimate right, then the answer is they must keep working like others. The example of Chief Moshood Abiola has demonstrated clearly that for anyone to win the race, he must build consensus everywhere.

Continuing, he said that, “He showed that it is a game of mathematical numbers and it is never a gift to anyone. Out of the old six regions in Nigeria, a Presidential candidate must lock down about four to realise his dream.

“The point is that you should never become Nigeria’s leader simply by virtue of where you come from but by what you have to offer in nation building. Rotation and zoning are largely responsible for proliferation of poor and preposterous leadership in Nigeria.”

Related Topics:Dele momodu
Up Next