A mother-of-two was found unconscious in her car near her home in the Bronx, New York, after she died undergoing a string of botched plastic surgery operations overseas. The never-ending search for beauty ended tragically for a woman who died of complications from a series of plastic surgeries she got in the Dominican Republic.
25-year-old Janelle Edwards, was found unconscious in her car on Bellamy Loop near Co-op City Blvd. in the Bronx at 8:10 p.m. Thursday, as sources said her parents found her slumped behind the wheel and called police.
It was gathered that edwards died 30 minutes later at Montefiore Medical Center’s Albert Einstein Hospital where she once worked, according to a Facebook post.
“We found her in the car unresponsive,” her grieving mother Marjorie Edwards, 57, told the Daily News. “We don’t know what happened.”

An initial autopsy on Saturday was inconclusive as more tests were ordered, but a doctor told detectives that Edwards died of a blood clot caused by her recent surgeries, police sources said.
Edward’s older sister Samantha Edwards believes the operations; breast enhancement, a tummy tuck and butt implants which were performed in Santo Domingo, killed her sibling, although she doesn’t think her family has any legal recourse.
“She was a very loving person,” Edwards said. “That’s how I want to remember my sister. She lived her life and God took her early.”
Family members told detectives that Edwards complained of stomach and breast pain since she returned from her 1,500-mile trip. 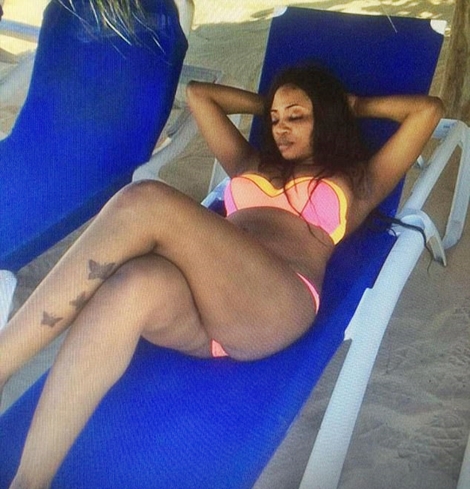 Yet she apparently wouldn’t slow down and showed no signs of distress on the day she died.
“Busy, busy, busy,” she posted on Facebook Thursday, roughly three hours before she died. “I must sleep good tonight.”
Neighbors said the deceased returned home about a month ago. “She was all wrapped in bandages and had an IV on a stand. She was in a lot of pain,” said Elia Mayo, 50, a Bronx cleaning woman who lives next door to Edwards.
“It’s such a shock,” Mayo said. “She was a nice girl. She had such good manners.”
The deceased leaves behind two daughters, one 7 years old, the other just 1, family members said.