A referee brought a gun and handcuffs onto the pitch after claiming a player had punched him in the face.

The referee identified as Camilo Eustáquio de Souza, who is also a police officer, sparked fear and amazement with his reaction when the amateur match in Brazil turned ugly over a disputed penalty.

Player Marcos Lopes Vieira protested and allegedly hit the ref after his team, Industrial from Itaú de Minas, were penalised against Passos side Oriente in the Amador Regional Championships of the Passense League.

De Souza fetched a weapon from a dugout but a linesman blocked the Brazilian official and persuaded him not to take the matter further.

Vieira, meanwhile, is said to have clambered over the Starling Soares Stadium fence in Passos to hide in a dressing room for safety.

De Souza insisted his behaviour was perfectly acceptable, even though he faces a two-year ban after being reported for abusing his power.

“I was in charge of the game and to bring things under control I made the decision to act in my capacity as a police officer and arrest a citizen who assaulted me.” 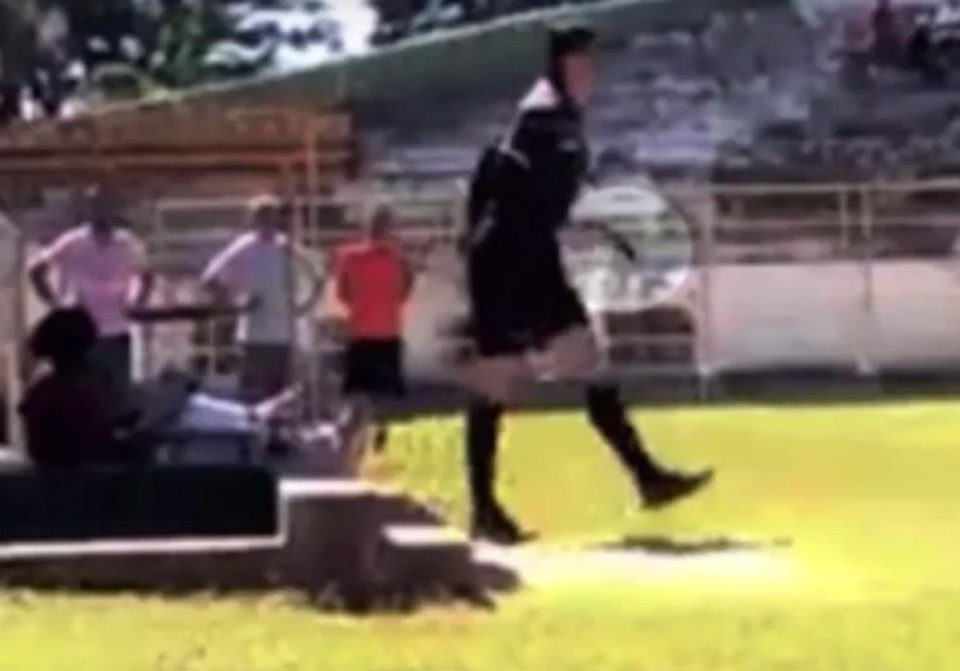 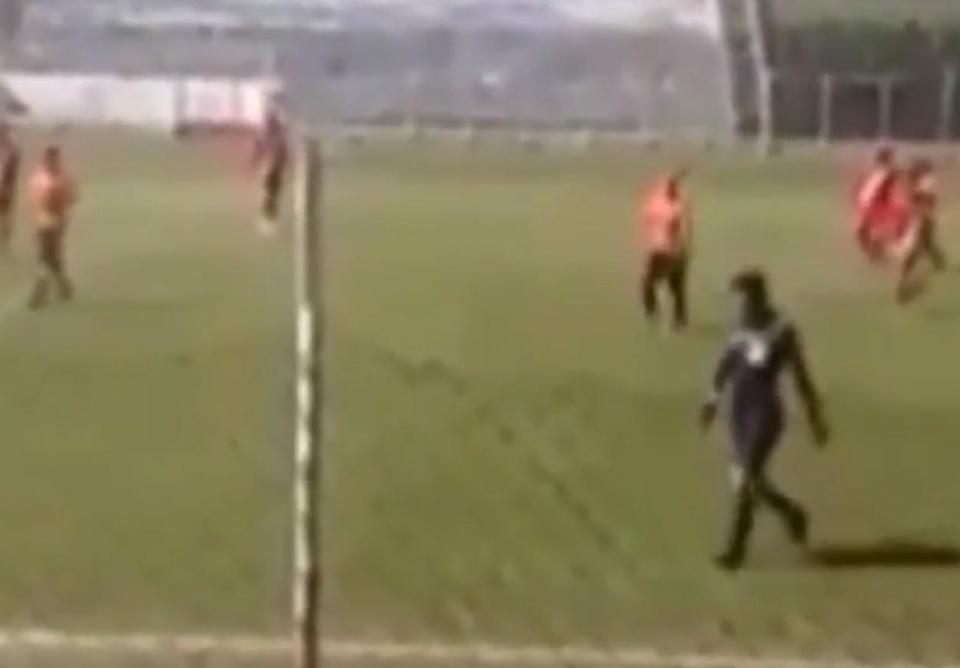 Femi Kuti, Son Prove Blood Is Thicker Than Water At A Performance In Lagos