A Nigerian lady, with the Twitter handle,
@asikiyageorge54, took to her page, moments ago, to narrate how she saved her cheating boss from being caught red-handed by her husband.

According to her, one fateful day, her boss was on a rendezvous with her BF in her office when her husband decided to pay her a surprise visit… her boss was at the verge of being caught by her husband when she (asikiya) thought straight and saved the day by claiming that her boss’s BF was her own BF and even went further to kiss him… someone she detests.

She says, ever since, she and her boss have become best of friends as her boss continues her cheating affair with a different guy this time.

The sick twisted story now is that her boss’s husband is making advances at her , her boss is pregnant and she doesn’t know who the.. father is… Asikiya is confused on
what to do…

Read her tweets from bottom to top: 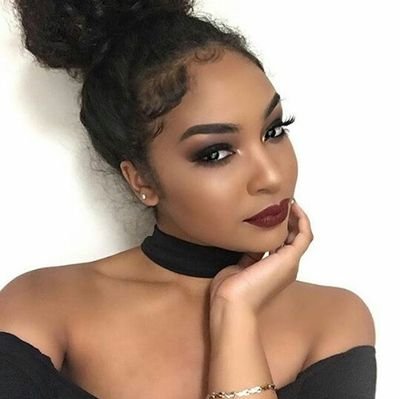 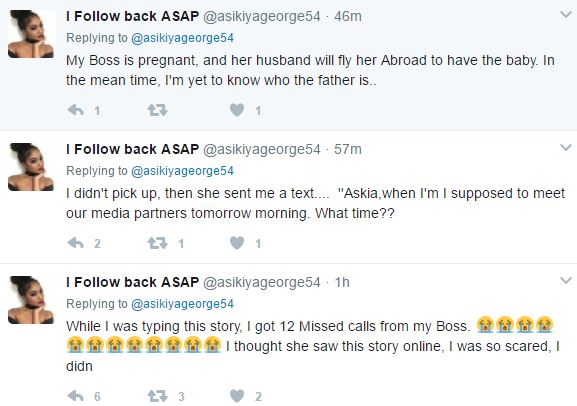 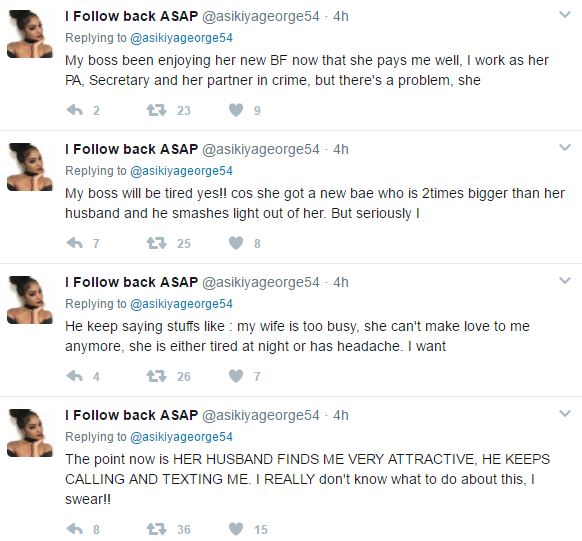 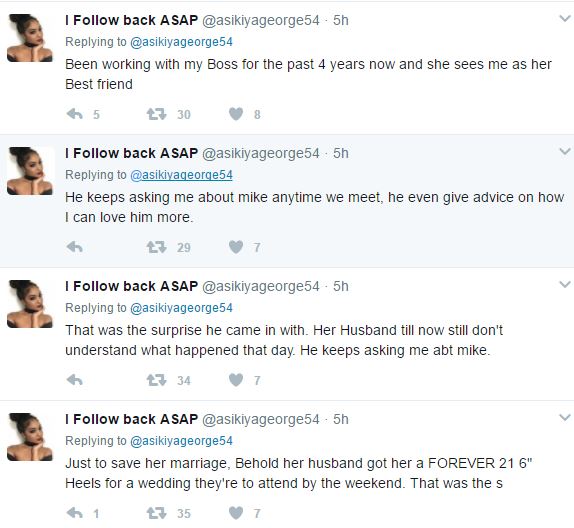 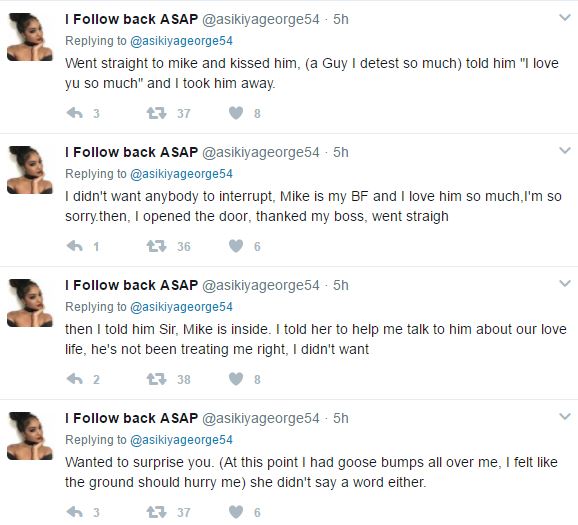 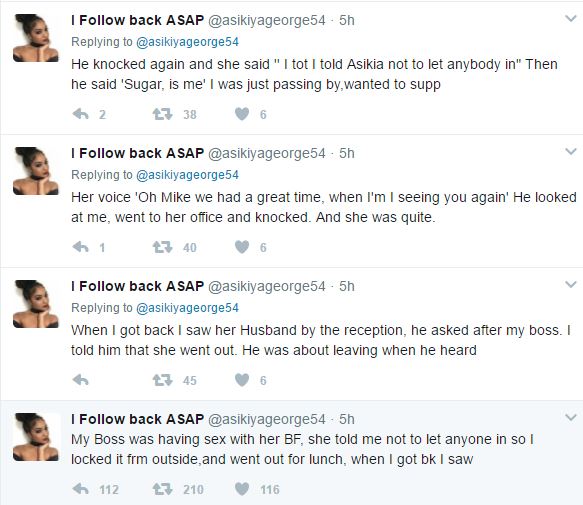 Veteran Comedian, Ali Baba shares encounter with 2 married and a single ladies to explain…. (Must read)