One of Nigeria’s biggest music export, D’banj just turned 37 today. The Nigeria singer who just welcomed his baby few weeks back in the United States, unveiled the Tracklist to his new Album titled King-Don-Come.

From the shared tracklist, D’banj collaborated with Harrysong and Wande Coal on the album . 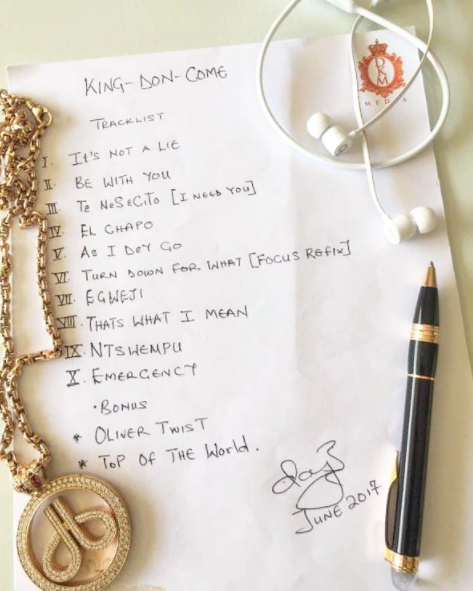 He adopted the stage name D’banj, a combination of his first name, Dapo, and his surname, Oyebanjo. D’banj is currently best known internationally for his 2012 summer hit “Oliver Twist”, an uptempo dance fusion of Afrobeat and electronic dance music that topped the African charts 2011 and was a top 10 hit in the UK singles chart in 2012 reaching No. 2 on the UK R&B chart. As of 2016, D’banj is ranked to be the richest solo musician in Nigeria according to T.I.N Magazine.

Here are more photos below;

Check Out Tonto Dikeh As She Looks Gorgeously Graceful In Her Birthday Photo Shoot!

I Was Never Free Under Banky W – Skales reveals