The Federal Executive Council (FEC) has affirmed its commitment to getting Nigeria out of recession before the end of 2017‎.

The was resolved during the FEC meeting chaired by the Acting President, Professor Yemi Osinbajo, who clocked 60 on Wednesday. 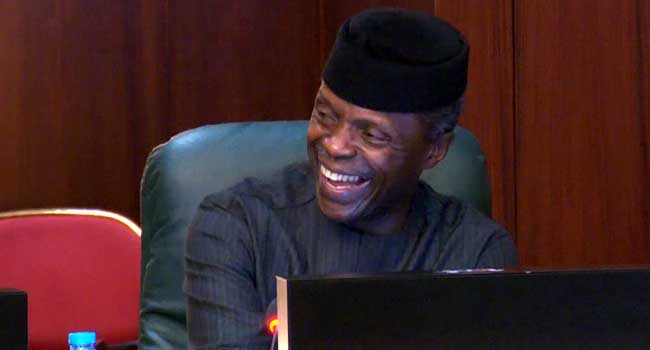 Although members of the Council may not have rehearsed very well, they honoured Professor Osinbajo with a warm song.

The meeting was brought to a close with the cutting of the birthday cake as some of the ministers joined the Acting President in a photo session. 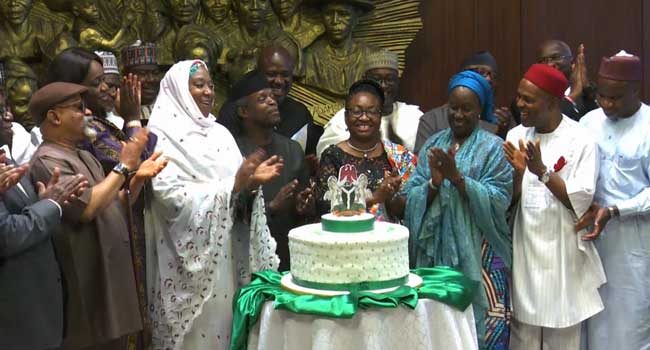 Briefing journalists on the outcome of the meeting, the Minister of Budget and National Planning, Udo Udoma, said the 2017 budget has been structured to pull Nigeria out of recession.

The Minister added that the government was anxious to get the budget passed in order to begin its implementation.

He also noted that the release of the budget would fast-track the implementation of the Economic Recovery and Growth Plan (ERGP) recently released by the Ministry of Budget.

The Council thereafter, approved the contract for the construction of the Greater Abuja Water Supply Project at the cost of $470 million.

The Minister of the Federal Capital Territory (FCT), Mr Mohammed Bello, stressed the importance of the project to provide potable water to residents of the greater part of the FCT.

Related Topics:fecYemi Osinbajo
Up Next