Usually, we are used to seeing animals devour plants and other animals, but nature is full of surprises.

Some plants are known to attract, trap and digest animals (mostly insects, but also the occasional snail, lizard, or even small mammal).

Below are 12 famous carnivorous plants, ranging from the familiar venus flytrap to the less well-known cobra lily. 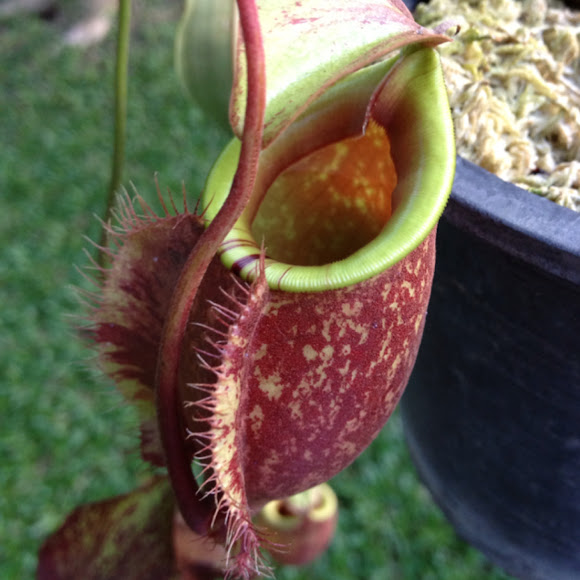 The main thing that distinguishes the tropical pitcher plant, Nepenthes, from other carnivorous plants is its scale.

The “pitchers” of this plant can reach over a foot in height, ideal for capturing and digesting not only insects, but small lizards, amphibians, and even mammals.

The animals are attracted by the plant’s sweet scent, and once they fall into the pitcher digestion can take as long as two months.

So named because it looks like a cobra about to strike, the cobra lily, Darlingtonia californica, is a rare plant native to the cold-water bogs of Oregon and northern California. This plant is truly diabolical: not only does it lure insects into its pitcher with its sweet smell, but its closed pitchers have numerous, see-through false “exits” that exhaust its desperate victims as they try to escape.

It is unclear if the trigger plant, Stylidium, is genuinely carnivorous, or simply trying to protect itself from insects. Some species of trigger plants are equipped with “trichomes,” or sticky hairs, which capture small bugs and the leaves of these plants secrete digestive enzymes that slowly dissolve their unfortunate victims.

A species of plant known as a liana, Tryphiophyllum peltatum, has many stages in its life cycle.

First, it grows unremarkable-looking oval-shaped leaves; then, around the time it flowers, it produces long, sticky leaves that attract, capture and digest insects; and lastly it becomes a climbing vine equipped with short, hooked leaves, sometimes attaining lengths of over a hundred feet.

The Portuguese Sundew, Drosophyllum lusitanicum, grows in nutrient-poor soil along the coasts of Spain, Portugal and Morocco.

Like many other carnivorous plants on this list, the Portuguese sundew attracts bugs with its sweet aroma; traps them in a sticky substance, called mucilage, on its leaves; secretes digestive enzymes that slowly dissolve the unfortunate insects; and absorbs the nutrients so it can live to flower another day.

Native to South Africa, Roridula is a carnivorous plant with a twist: it doesn’t actually digest the insects it captures with its sticky hairs, but leaves this task to a bug species called Pameridea roridulae, with which it has a symbiotic relationship. Roridula then gets the poop of P. roridulae in return which is rich in nutrients, making it a superb fertilizer.

The butterwort, Pinguicula, is native to Eurasia and North, South and Central America.

Rather than emitting a sweet smell, butterworts attract insects that mistake the pearly secretions on their leaves for water, at which point they get mired in the sticky goo and are slowly dissolved by digestive enzymes.

Unlike the other plants on this list, the corkscrew plant, Genlisea, doesn’t much care for insects; rather, its main diet consists of protozoans and other microscopic animals, which it attracts and eats using specialised leaves that grow under the soil.

These underground leaves are long, pale and rootlike, but Genlisea also has more normal-looking green leaves that sprout above ground and are used to photosynthesise light.

The venus flytrap is certainly the most well-known member of its breed. It is fairly small and its sticky, eyelid-like “traps” are only about an inch long.

One interesting fact about the venus flytrap: to cut down on false alarms from falling leaves and pieces of debris, this plant’s traps will snap shut only if an insect touches two different interior hairs in the course of 20 seconds.