The Head of Ogun state Public Service, Olusola Adeyemi, made the announcement of the sack in Abeokuta via a statement entitled: “Government position on the recommendation of a panel of inquiry set up to investigate alleged misconduct of executive members of the NUT on the 2016 World Teachers Day Celebrations held on October 5.”

14 other members of the state chapter of the NUT were also reported to have been dismissed while 16 officials were suspended for their roles in organising the celebration. 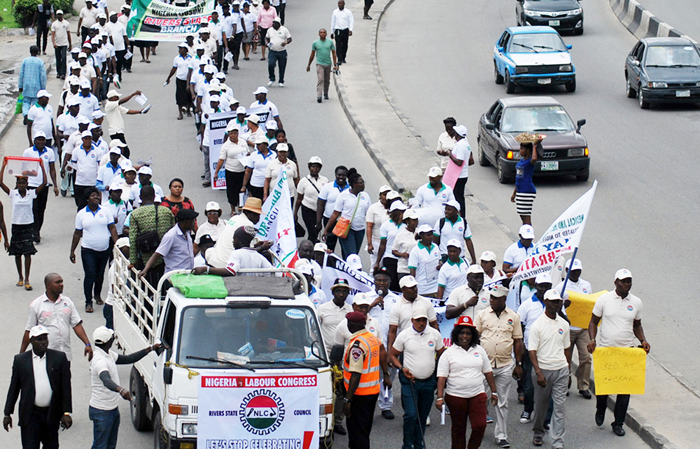 The NLC chairman, who was until his dismissal the Deputy Director of Community and Social Development, Sagamu Local Government, was alleged to have masterminded the “political campaign rally” during the celebration.

According to Mr Adeyemi, the panel indicted Mr Ambali for making “inflammable and scandalous remarks against the state government”, which could cause a breach of peace in the state.

“The Ogun State government accepts the recommendation of dismissal of the affected officials which the panel found guilty of contravening the Public Service Rules 04401, 04421(c&d) and 04406(a)”, Mr Adeyemi said.

He, therefore, directed the relevant agencies of government to implement the decision taken by the state government.

Ambali has however reacted to the state’s action by describing it as “executive recklessness and abuse of all statutory laws”. He urged workers to remain resolute in the quest to have their legitimate rights from “an autocratic and deceitful” government.

The NLC chairman stated on Monday night that he had never been summoned by any panel, and that, “the attention of the leadership was just drawn to the purported dismissal through phone calls.

He said: “We are calling on our ever committed workers to remain at home and not be intimidated by this action that is against all norms of democratic and fair hearing.

“I have never been summoned by any panel and this clearly shows how autocratic and deceitful the government of Ibikunle Amosun is.

“Our cause for this strike is legitimate, just and right. They have only shown their true colours and this new approach is unprecedented in the history of this country, as no state governor has done what they are doing to us in Ogun state.

“Their past draconian efforts have never yielded any fruits, so also will be this move to cage us in Ogun State.

“We only want to warn that they should not set this state on fire, even as we urge our members to remain calm and just stay at home. The struggle continues”.

Workers in the state commenced an indefinite strike on October 20 to protest non-remittance of 12 months deductions from their salaries.