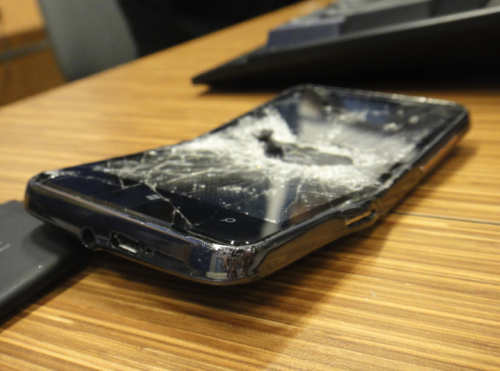 Authorities in the US say a Florida woman injured her hand when she shot her cellphone while trying to make a video of her uncle’s gun.

It was reported that 22-year-old Regina Powell went to an Orange City hospital Sunday night with a small cut to her right thumb and index finger.

The Volusia County Sheriff’s Office reports that Powell told deputies she had been trying to make Snapchat videos of the .40-caliber handgun when she accidentally pulled the trigger.

Powell was injured by glancing impact when the phone shattered in her hand.

Deputies responded to a Deltona home, where they found the phone with a bullet hole.

No criminal charges have been filed.