A Pakistani woman was arrested Wednesday, June 8, after dousing her daughter with kerosene and burning her alive, allegedly because the girl had defied her family to marry a man she was in love with, against their wish. 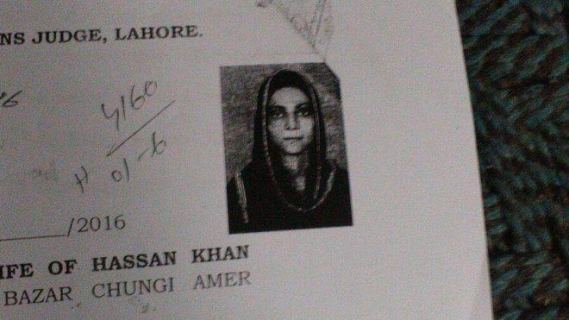 Police official Sheikh Hammad said the killing took place in the eastern city of Lahore, the country’s cultural hub, and that the mother was arrested the same day. 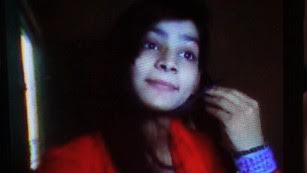 The suspect, Parveen Rafiq confessed to tying up her 18-year-old daughter Zeenat Rafiq (pictured) to a cot after which, with the help of her son, Ahmar Rafiq, she poured the oil on the girl and set her ablaze, Hammad said.
Police Superintendent Ibadat Nisar said officers were looking for her brother who is “on the run”. Her mother was found in the house with the body.
“Her mother has confessed to the crime but we find it hard that a 50-year-old woman committed this act all by herself with no help from the family members,” he said.
Nearly 1,000 women are killed each year in so-called “honor killings” in Pakistan for allegedly violating conservative norms on love and marriage.
A schoolteacher, Maria Bibi, was assaulted and set on fire last week for refusing to marry a man twice her age. Before she died, she managed to give a statement to the police, testifying that five attackers had broken into her home, dragged her out to an open area, beat her and set her ablaze. The prime suspect in the case — the father of the man she refused to marry — and the other four are all in custody.
A month earlier, police arrested 13 members of a local tribal council who allegedly strangled a girl and set her on fire for helping a friend elope. The charred body of 17-year-old Ambreen Riasat was found in a burned van.
The victim Zeenat Rafiq, had gotten married last month before a court magistrate to a motorcycle mechanic, Hasan Khan and they went to live with his family.
Three days ago, he said, the girl’s mother and an uncle visited her to try to persuade her to return home and have the marriage ceremony repeated in a traditional family function, instead of being labelled her whole life as someone who had “eloped.”
Khan, her husband, told the local Geo News TV station that his bride had feared the worst. “Don’t let me go, they will kill me,” Khan recounted his wife telling him.