Not only children but also inhabitants of the secluded village. These shocking pictures show these pupils climbing unsecured vine ladders on the side of a steep rock face to go to and from scchool.
They live in a ‘cliff village’ known as Atule’er, which is situated on the top of a 2,624-foot-tall peak in south-west China, and their school is at the foot of the mountain.
For their parents who are used to the journey, it takes them an hour to go down the cliff and an hour and a half to go up while it takes children with their heavy schoolbags, around two hours to climb 17 cliff ladders, in the company of at least three adults. This has made some parents in the village refuse to educate their children.
However, they are content with their living because the village land is fertile and the villagers are self sufficient. They have good land resources and have a high yield of crops.
So far, the perilous journey has killed around eight people, as the journeys are so difficult, with the villagers encountering rain and snowy weather.
Although residents would like the government to build a road leading to and from the village, due to the high costs and small number of people who live there, it appears to be out of the question.
Building a road to the village would cost 60 million yuan (£6.2 million), which the government believes is not cost effective. 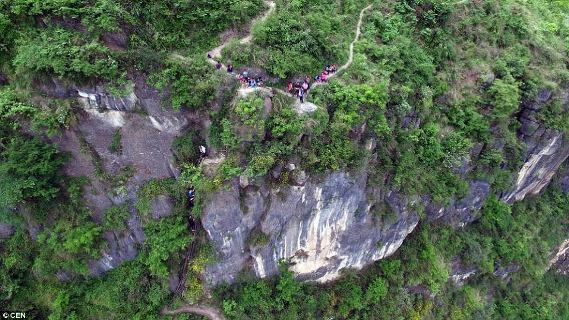 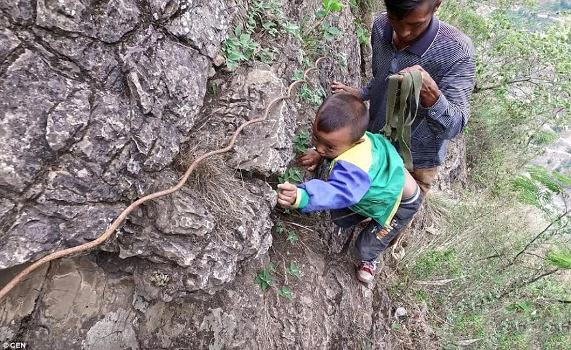 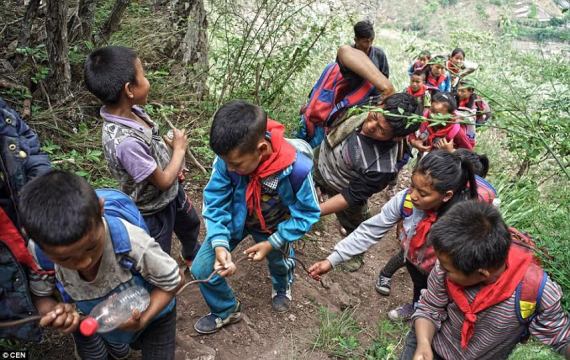 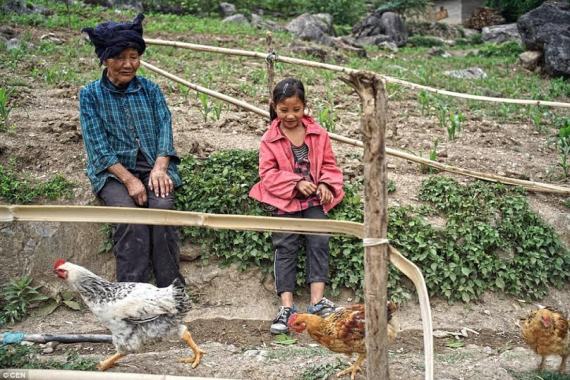 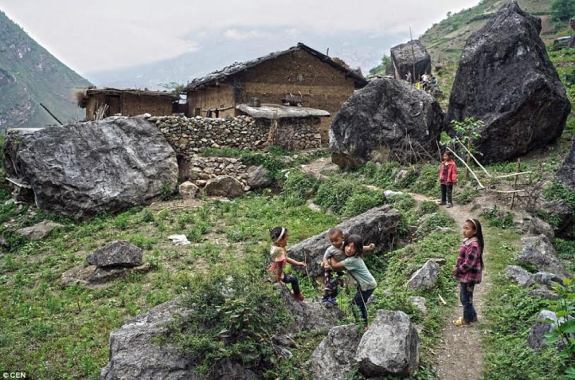 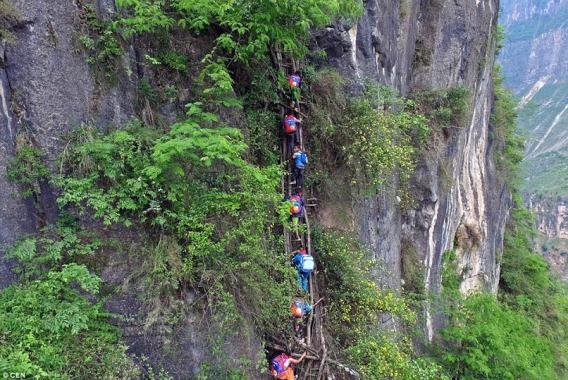 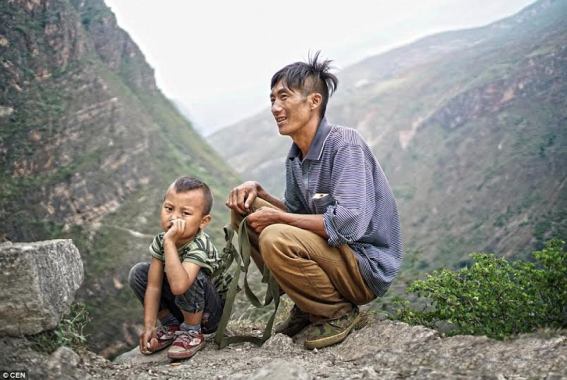 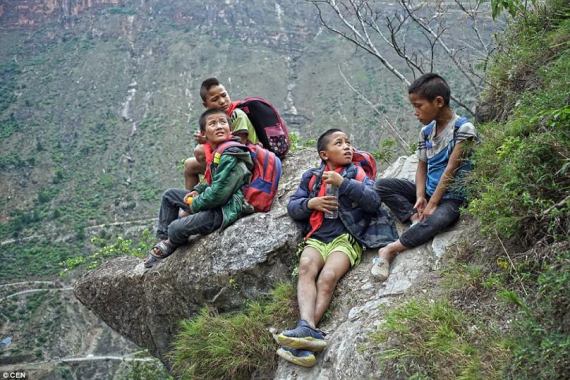 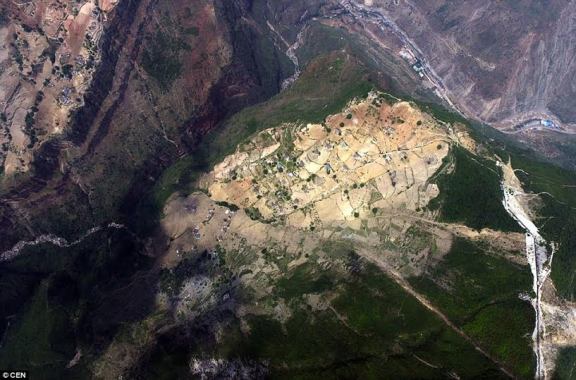