This bizarre demonstration took place at the Sant Jaume plaza in Barcelona, Spain. Some naked animal rights protesters from a group named ‘AnimaNaturalis’, drew serious attention by packaging themselves as ‘bloody human meat’.

They took off their clothes, daubed themselves in fake blood, stepped into polysterene trays and were wrapped in clingfilm.

The 20 activists were making a dramatic plea to people to adopt a meat-free diet, free from animal exploitation and any suffering. The protest was aimed at raising public awareness and to remind Barcelona’s city council that their pledge should mean actions and not just words.
AnimaNaturalis say 60 billion animals are used every year to supply the diet of humans ‘thus making the lives of living beings into mere objects of production to feed the human population.’ Animals to them should be protected and nor killed for consumption. 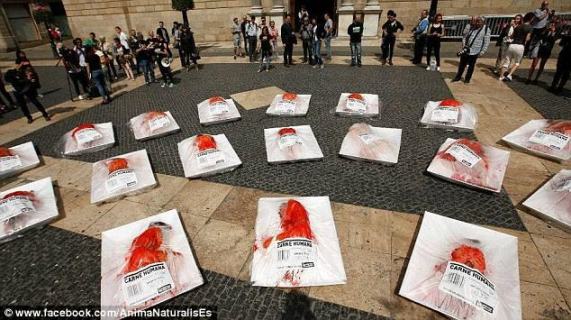 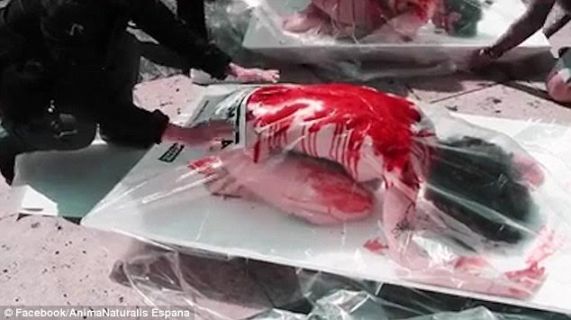 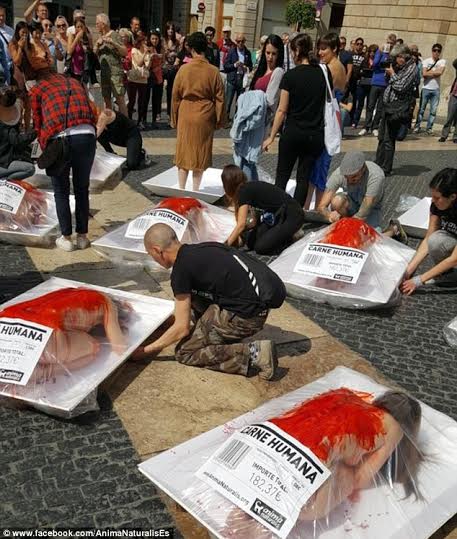