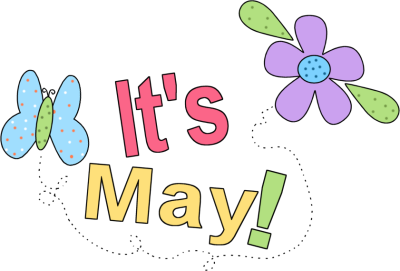 The month of may kicked off on the note of a holiday (workers day) both locally and internationally. Apart from this, the month of May, has other very interesting historical facts that many of you probably do not know. For instance, did you know that May is traditionally devoted to the Blessed Virgin Mary in Roman Catholic traditions??? INFORMATION NIGERIA brings you more facts about May, we bet you wouldn’t want to miss…

1. May is generally thought to have been named after Maia, the Greek goddess of fertility.

2. No month of the year either begins or ends on the same day as May.

3.According to old superstitions, you should not buy a broom, wash blankets or get married in May: “Marry in May and you’ll rue the day”.

4.According to old superstitions, you should not buy a broom, wash blankets or get married in May: “Marry in May and you’ll rue the day”.

5.Nigeria lost a sitting president in this month, almost 6 years ago as Umaru Yar’Adua, President of Nigeria was pronounced dead on May 5th 2010, after a long illness. Goodluck Ebele Jonathan who was already the Acting President at that time succeeds him and the Government of Nigeria declares seven days of mourning.

6.Every Nigerian president is often sworn in on the 29th of may to mark the commencement of a new political era. Therefore, President Buhari will mark one year in office on the 29th of this month.

7.Genevieve Nnaji, Emmanuel Emenike, Dr SID are a few of Nigerian celebrities born in this month.

We hope you learned something!!!