Troops have intensified efforts to clear the remnants of Boko Haram terrorists in various parts of the north east through various military operations on daily basis. It is in line with this that troops of 7 Division Strike Group Team B attached to 22 Brigade embarked on combination of foot and mobile fighting patrols on daily basis to deny the Boko Haram terrorists freedom of action in their area of operations.

Yesterday Thursday, 28th April 2016, they embarked on such efforts in the general area of Bogoro, Duguno 1, Duguno 2 and 3. However, on reaching Mbaraka, they encountered some elements of the Boko Haram terrorists who engaged the patrol team in a gun battle. 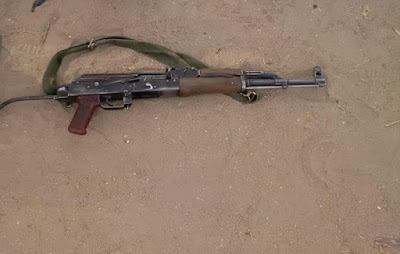 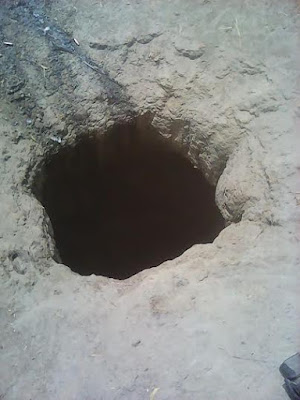 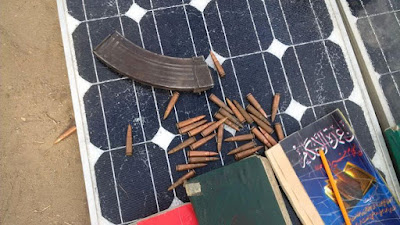 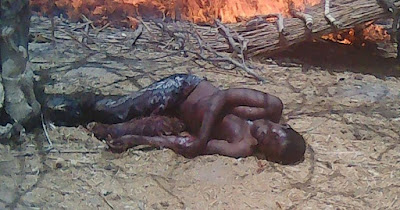 The troops rose to the occasion and successfully cleared the terrorists and proceeded to Jadda village which was suspected to be strong hold of the Boko Haram terrorists. As rightly believed, a large number of them were discovered to have the terrorists group’s flags hoisted in their domains.
The troops engaged the Boko Haram terrorists and killed 4 of them. The patrol team also made another startling discovery, a big pit where the Boko Haram terrorists used for dumping bodies of hapless victims of their nefarious activities to decompose.
It was also discovered that the terrorists held lots of people as hostage in Jadda. The fighting patrol team also succeeded in freeing those held hostage and recovered an AK-47 rifle with registration number OF-4814, 30 rounds of 7.62mm (Special) ammunition, 12 rounds of 7.62mm (NATO) ammunition, 14 Dane Guns, 1 motorcycle, 2 Solar panels and food storage facility. Other items include 120 litres of AGO and packs of Panadol.
Sadly, one of our soldiers suffered gunshot wound and was evacuated for further medical treatment. We are glad to state that he is in stable condition and responding to treatment.

Photos: This pretty girl is a tomato seller and very proud of it!