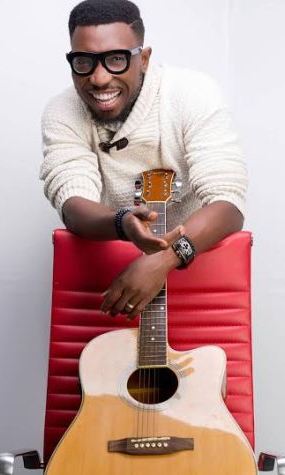 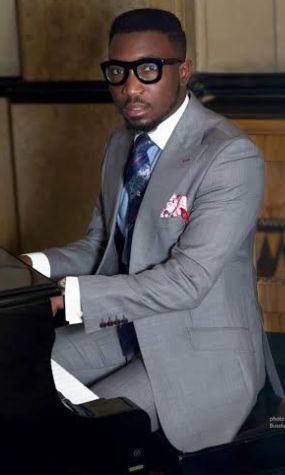 Singer Timi Dakolo shared cool new photos of himself looking stylish. The lovely part is that the photos were taken by his wife, Busola who is a photographer.
Source:Linda Ikeji Blog
Related Topics:Timi Dakolo Dapper In New Photos Shot By Wife
Up Next

Kanye West Beautiful Daughter Having Fun At The Beach In Miami Popular Ghanaian actor, Majid Michel has taken to his Instagram page to educate his fans on the reasons marriages and relationships do not thrive.

The actor, who has been married for 15 years, mentioned that people do not know how to build a solid relationship because they only think about ‘sex’.

Taking to the photo-sharing app, the actor shared a photo of himself and he shared his thoughts.

“interviewer: So Majid why do you think relationships and even marriages don’t last? American rapper, Nicki Minaj, has become the first female rapper to surpass 20 billion streams on Spotify. This has been verified from the official Twitter handle of Chart Data.

“@NICKIMINAJ has now surpassed 20 billion streams on Spotify across all credits. She’s the first female rapper to hit this milestone.”

Information Nigeria recalls that the ‘Anaconda’ rapper could no longer keep quiet about the fact that she has no Grammy award to her name despite her level of success in the hip hop genre.

She took to her Twitter page to call out the Recording Academy for their bigotry. Fashion illustrator, Omonigho Ait0-Imonah has called out Burna Boy‘s team for using her designs without giving her due credit.

Taking to Instagram, the fashion illustrator shared her encounter with the singer’s mother, Bose Ogulu, saying that she sent her three different looks that she created for Burna Boy in 2019.

According to her, the singer’s mother referred her to her stylist daughter, Ronami ogulu, who simply ignored her emails.

Later this year, Imonah said that she saw one of her designs in the visuals of the singer’s song, ‘Monsters you made’ and the recommended designer was acknowledged.

Angered by this, she also claimed that she also designed the jewellery the singer wore in the music video.

“Congratulations to @burnaboygram on his Grammy nomination!!… Hopefully he’ll win it this time…however, when an artist is not acknowledged for their work and it goes ahead to being used….it’s in poor taste, I presume…


Almost a year ago, I came up with 3 grammy looks for @burnaboygram and reached out to his mum @thenamix / management (see emails) to put them together for him.

She graciously responded and directed me to his stylist sister @ronamiogulu , who NEVER responded to my many emails…fast forward to this year, your girl sees THE SAME LOOK, by the recommended designer @jzo_ng including the necklace! on @burnaboy for his Monsters you made video!!…giirlllll @ronamiogulu you no try o…but well….”