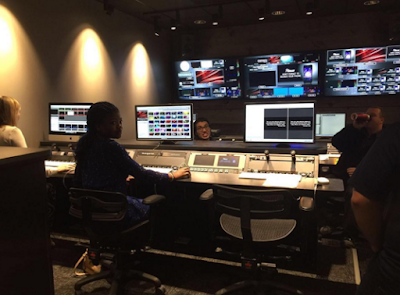 Nollywood Actress, Stella Damasus recently took to her Instagram account to celebrate her daughter Izzy while also appreciating God for her life. She shared the photo above and wrote

“I am so proud of my daughter @izzybelleimages who does not only handle lyrics and camera in church but does the #graphics too. I thank God everyday because not every 16 year old girl living in America will dedicate her time and service to God and the church. I bless God that regardless of what people have said God has helped me raise the most amazing kids ever. #church#freechapel #service #dedication#calling #purpose #proudmommy#gooddaughter #media #america” 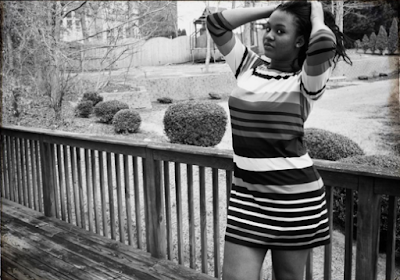 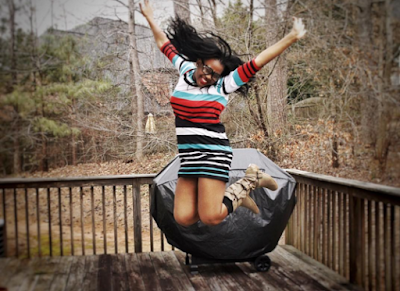 Related Topics:Actress Stella Damasus Celebrates Her Cute Daughter On Instagram
Up Next A Nigerian man has taken to social media to flaunt his Canadian lover amid violence and protest in the country.

The man, simply identified as Bimbo, expressed that he is happy to be with his lover, a foreigner.

In a video that has since gone viral, Bimbo could be seen flaunting his older Canadian lover at a time some Nigerians are making plans to travel abroad considering the situation of things in the country.

In the video shared via his handle, @Bimbotwits, the young man could be seen teaching his Canadian lover some Nigerian slangs as she made attempts to pronounce them correctly.

“They say love is blind, but i seebit in your eyes. Canadian passport secured,” he captioned the video.

They say love is blind, but i seebit in your eyes ❤️❤️. Canadian passport secured 💪 pic.twitter.com/b93OsWYMii Alex Ekubo, popular Nigerian actor, has suggested that the famous Lekki toll gate be renamed in memory of protesters who lost their lives during the protest.

Ekubo added that the dead protesters paid the ultimate price while trying to put an end to police brutaity.

According to the thespian, Lekki Toll Plaza should be renamed ‘Lekki Memorial’ in what he described would be in memory to those who died for the cause.

The actor also suggested that it should be made toll-free. Lekki Toll Plaza, should be renamed Lekki Memorial Way… & be made Toll Free… in Honor of our fallen comrades…

Lekki Toll Plaza, should be renamed Lekki Memorial Way… & be made Toll Free… in Honor of our fallen comrades… Rt if you agree. ✊🏾 pic.twitter.com/aVQiRr35ai The minister made this known in an interview on Arise TV on Friday.

About 53 protesters were killed, and many left wounded after soldiers opened live ammunition on the #EndSARS protesters Tuesday night.

When the minister was asked about the silence of the president on Lekki shootings in his #EndSARS address, Dare said Buhari would speak after the outcome of a probe he had ordered.

He said; “For sure the president has ordered an investigation, he had a national security meeting yesterday.

“I can tell you that this is already ongoing because the president wants to have all the facts which will absolutely be made public.

“I think that’s the path the president has towed and I am sure that when the facts are made available, this president – because he has integrity – will level with the Nigerian people about what happened on Tuesday in Lekki.

“Previously, we just had lip service that SARS scrapped. For the first time, you have a presidential pronouncement that SARS has been dissolved followed by the inspector-general and then we saw quick steps thereafter.

“And I think when you look at what has happened in the past and the level of responsiveness and concrete steps, the whole five demands of the youth were wholeheartedly accepted by the president and he set up a process.”