Former NFL defensive end, Will Smith, 34, was murdered on Saturday night April 9th in a road rage situation according to authorities. Smith, a former Saints defensive end was driving with his wife in their luxury Mercedes Benz SUV, when a Hummer H2 rear ended them. Smith came out to confront the driver…and it cost him his life. 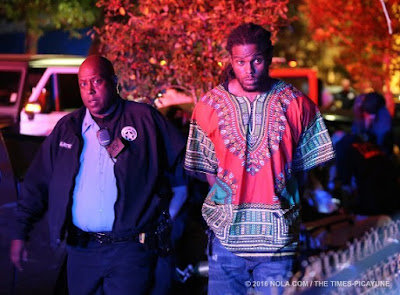 According to reports, Smith came out of his vehicle and confronted the driver. They exchanged words and before anyone could stop it, the Hummer driver (pictured above after his arrest) retrieved a hand gun from his vehicle and shot Smith multiple times. He also shot Smith’s wife in the leg but she survived it. Smith was pronounced dead at the scene.

The 30-year-old driver of the Hummer is in custody and being interviewed by investigators. The gun used in the shooting has been recovered.