A 19 year old American Mormon missionary, Mason Wells was injured in the horrifying Brussels airport terrorist attack yesterday. This will be the third time the teenager has survived a terror attack. Before yesterday’s attack, he had previously survived the Boston bombing in the US and the Paris attacks. 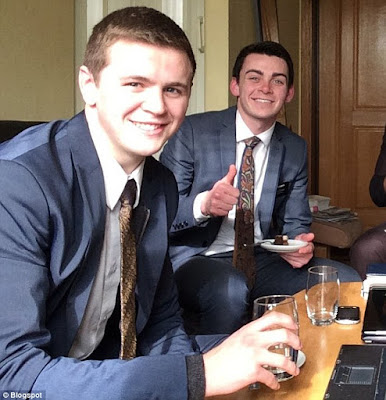 Some of the shrapnel from those blasts hit Mason, he  also suffered a ruptured Achilles tendon, injuries from shrapnel and second- and third-degree burns on his face and hands but he’s alive and doing fine. 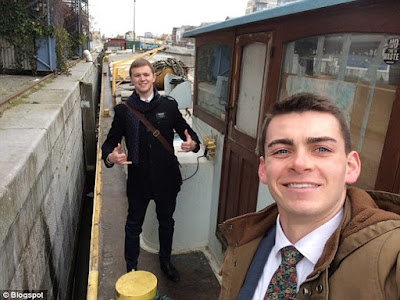 Two missionaries who were with Mason also suffered injuries, but survived.

‘This is his third terrorist attack,’ Chad Wells, Mason’s father, told ABC News. ‘This is the third time that sadly in our society that we have a connection to a bomb blast ‘We live in a dangerous world and not everyone is kind and loving.’

Chad said he and Mason were a block away from the finish line of the Boston Marathon, waiting for Mason’s mother, Kymberly Wells, who was a runner where the bombing took place.

Mason is currently in a Belgian hospital and is expected to make a full recovery, he told his parents. He was at ‘ground zero’ of the blast zone when the bombs went off.

Chad said a Mormon official relayed to the Wells family that Mason, ‘despite being on the ground and bleeding actually had a sense of humor and remained calm through the situation’.

‘Mason has always assured us that he is safe and careful.

‘I told him first and foremost always be aware of your surroundings, please be very careful when you’re traveling be very observant to people around you,’ Kymberly said.

‘I Have More Problems Than P-Square’, Ani Amatosero On P-Square Saga