Suspecting that her aged dementia sufferer mum was being abused, a woman set up a secret camera to watch how her mum’s carer takes care of her and was horrified at what she saw. The distressing video which has been shown to the police and also posted online with millions of views shows the carer launch a vile attack on the aged woman. The carer slapped, punched, pulled her hair and threw pillows at the woman who suffers from Alzheimer’s disease and did nothing to provoke the attack. 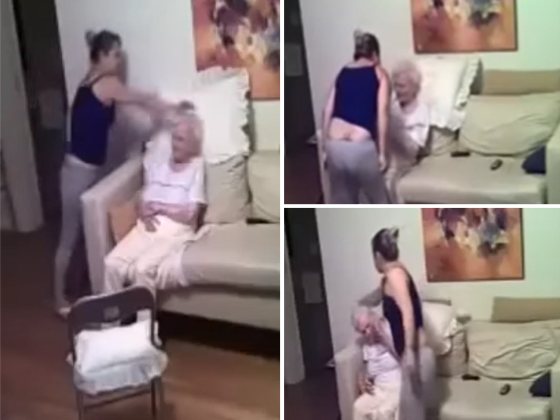 The sad incident happened in the old woman’s home in Buenos Aires, Argentina – where she lives with her daughter, Miriam Marino, a popular On-Air-Personality, who set up the secret camera.

Miriam said she installed the secret camera after she started seeing unexplained injuries on her mum, plus the old woman always seemed scared and quiet when the carer was around. Mariam said the abuse she recorded went on for 17 minutes in the hands of the woman she’d trusted to take care of her mum. 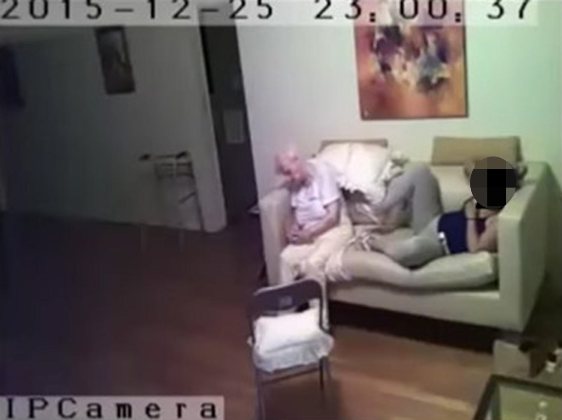 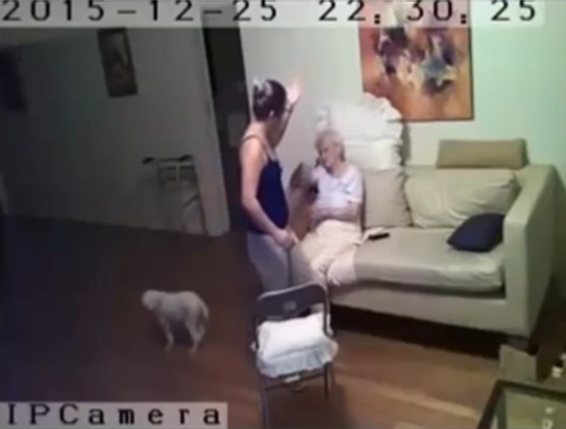 She said she employed the carer to take care of her mum three years ago and doesn’t know when exactly the abuse started. The woman has since been arrested.

Nigerian woman Gives Birth To Triplets In The U.S After Six Years Of Trying To Conceive [PHOTOS]