35 year old Modu Bulama who came into the Dalori IDP camp after his wife and two children were killed by Boko Haram, met and fell in love with the woman pictured above with him. She is a widow who lost her husband during an attack on their community by Boko Haram. 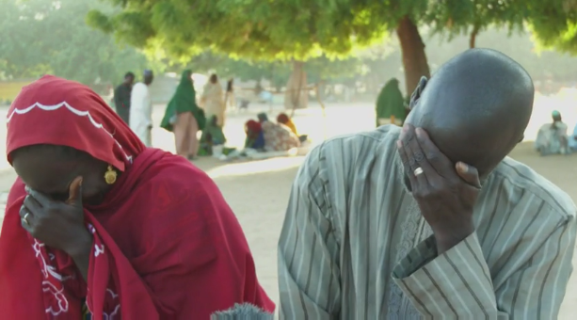 Speaking on how they met, Modu in an interview with BBC said

“Some religious leaders in this camp advised me not to worry about what has happened to me They also asked me to remarry. I took their advise and said I will marry as soon as I can afford to. Eventually I met her. I was able to save up. I gave her a bride price and we got married” he said 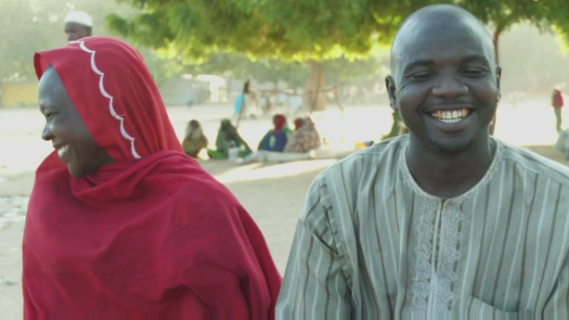 The woman who was shy to give her name said he gave her money for the dowry payment.

“We are sometimes called to distribute relief materials. It was while distributing such materials that we met. We heard each others story and I told her that I loved her and would like to marry her.”

Asked if she played hard to get, Modu with a broad smile said