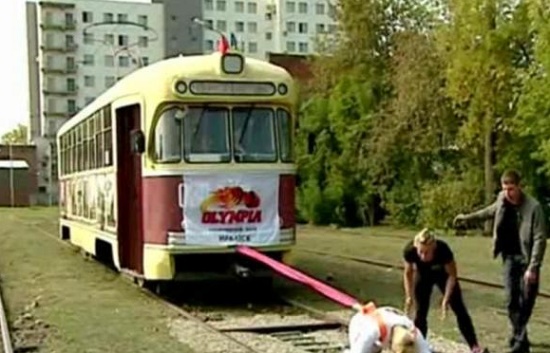 A Russian woman has made her way into the country’s record books by dragging a nearly-19-ton tram car a distance of 16.4 feet, making her the first in the country to carry out such an act. She said;

“I was preparing to move a plane but eventually ended up with a tram car. It was not hard, actually. It should be longer, next time we will make it longer, she said. Just imagine.